Road from Paro to Thimphu 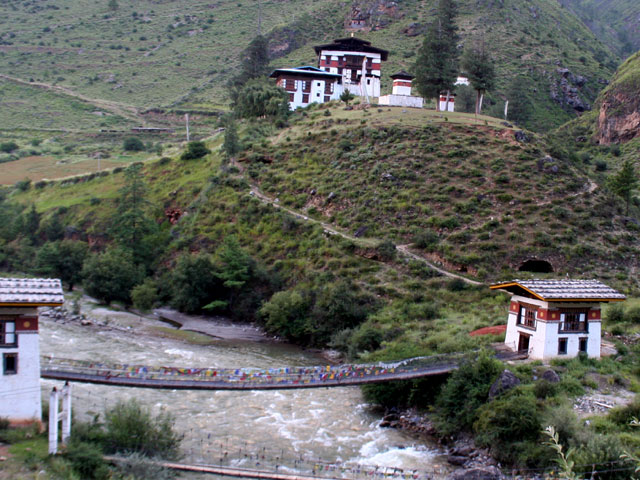 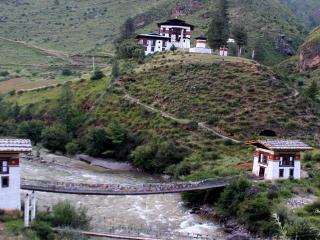 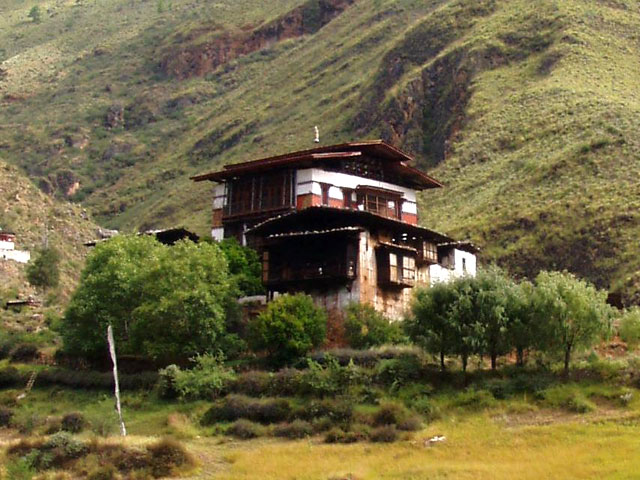 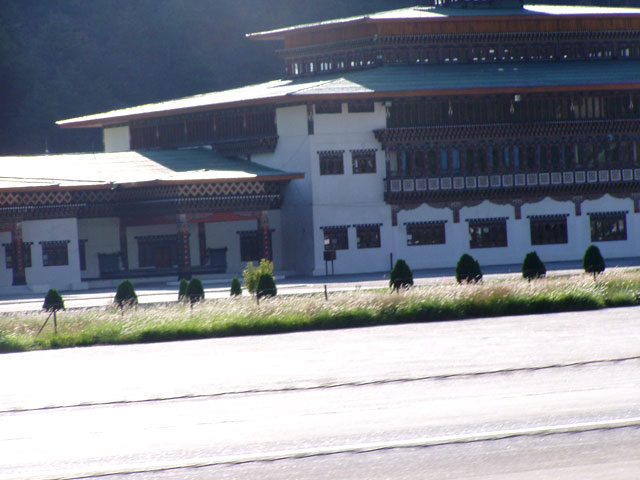 Drive from Paro to Thimphu

The distance of about 55kms from Paro town and about 50km from airport takes around 1hr excluding the stops. Drive south following Pachu River to the river confluence at Chuzom. Along the way to Chunzom, you will first pass villages like Bondey, right after the airport. Then the next village is Shaba and at Isuna, the road crosses bridge to the other side of river. Just 5kms before Chuzom is Tamchog Lhakhang, a private temple owned by the descendents of famous Tibetan bridge-builder Thangtong Gyalpo. Chhuzom (Confluence) is the juncture of Thimphu river (Wang Chu) and Paro river (Pa Chhu). Chuzom is also a major road junction, with southwest road leading to Haa (79km), south road to Phuntsholing (141km) and northeast to Thimphu (30km). From Chuzom, the road follows Wangchu River upstream as you pass through villages and suburbs to the capital, Thimphu. The notable villages you will see along the way are Kharbije, on the opposite side of the river, small Sitsina, where you can stop to see the small nunnery, Khasadrapchhu with Hydro plant and shops, Namseling with extensive rice paddies, apple orchards and several old houses. As you approach Thimphu, the suburbs are Simtokha and Lungtenphu..