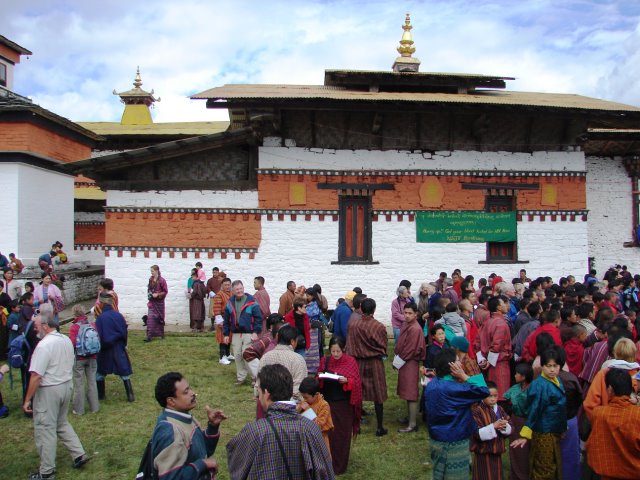 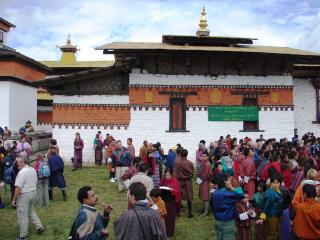 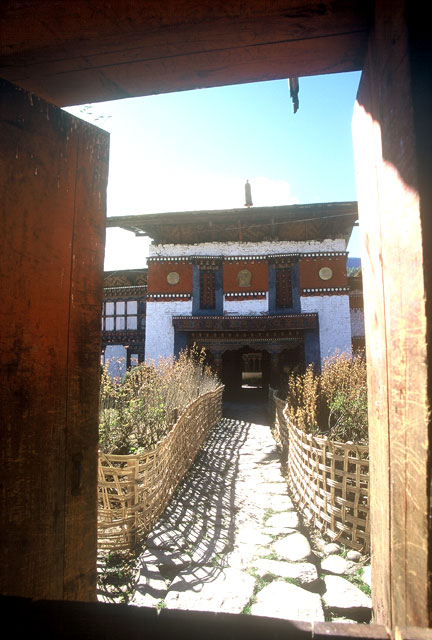 Jampey Lhakhang is located in Bumthang (Jakar) in Bhutan.Jampey Lhakhang is said to be one of the 108 temples built by the Tibetan King Srongtsen Gampo in 659AD . This temple was built on a single day by subduing the demoness which was said to have been causing obstruction to the spread of Buddhism. Festival is held every year to commemorate establishment of Jampey lhakhang and to honor Guru Rinpoche. This is the place where the sacred naked dance is perform annually by the locals.Beautiful statues and murals abound in this lhakhang, including 1,000 Buddhas and some intimidating animal-headed demons. It is worth going into see the older structure and see the preserved paintings of old. The paintings and relics are fascinating