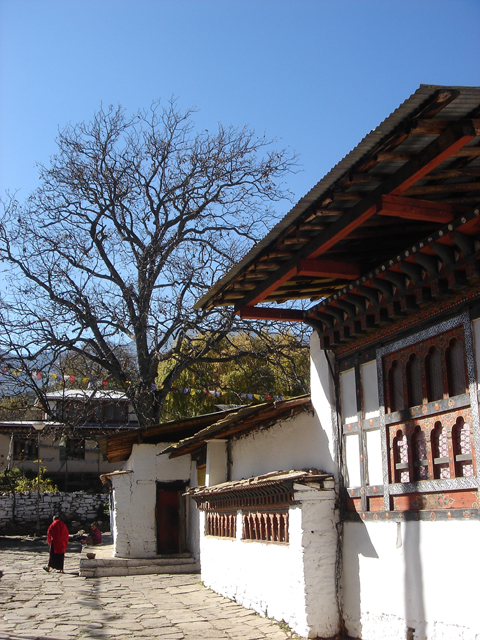 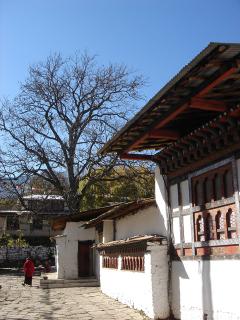 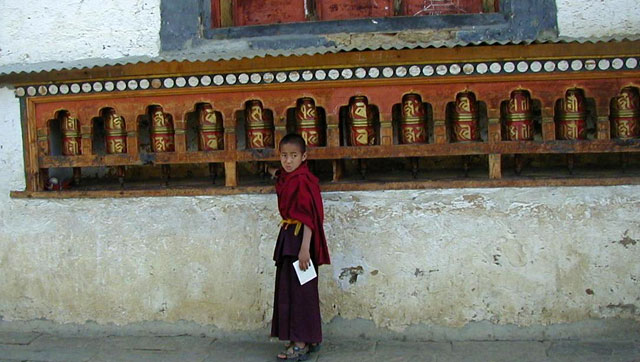 Kyichu Lhakhang is located short distance north of Paro town. It is one of the oldest temples in Bhutan. Since the temple is located on a hillside one can enjoy nice views of Paro Valley and the surrounding mountains. The temple is popularly believed to have been built in 659AD by King Songtsen Gampo of Tibet, to pin down 'the left foot of the supine Ogress', which was thwarting the establishment of Buddhism in Himalayas. Kyichu is said to be one of the main 12 temples out of the 108 temples that were built overnight across Tibet and borderlands. The temple houses original 7th century Jowo Jamba Statue, eight standing bodhisattvas, statues of Zhabdrung, Guru Rinpoche and Chenrizig with 11 heads and 1000 arms. Attached to Jowo Lhakhang is Guru Lhakhang temple, which was constructed by Queen Mother Ashi Kesang Wangchuk in 1968 and its principal image is 5m statue of Guru Rinpoche. Kyichu Lhakhang was initially small in size but over the years the temple was expanded. The sounds of the prayers with the scenic view makes it worth to visit.