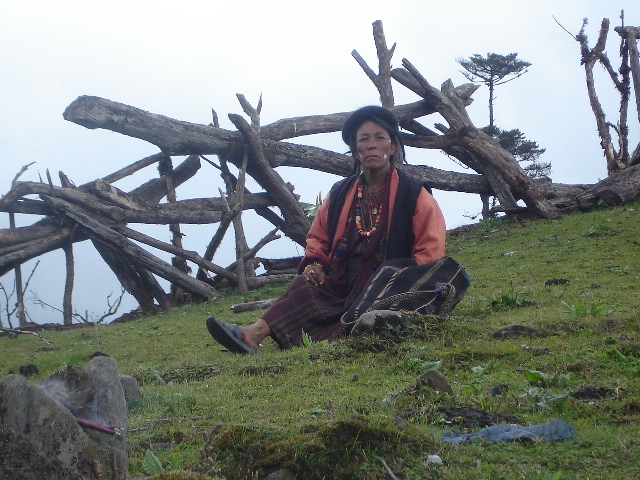 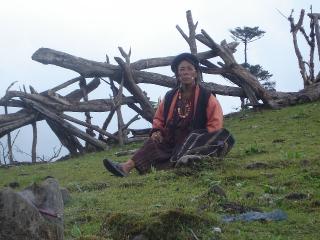 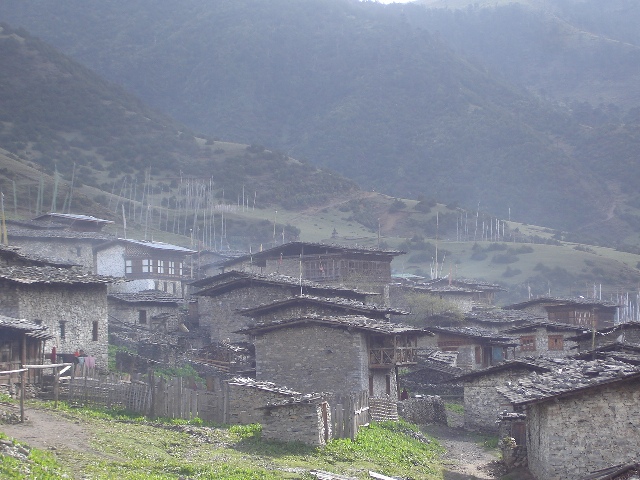 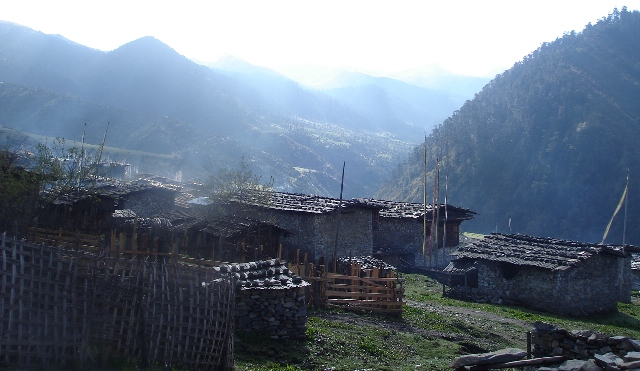 South of Sakteng, the nomadic enclave of Merak is one of the most isolated valleys in Bhutan. Like the people of Sakteng, Merak people (Brokpas) are said to have migrated here few centuries ago from Tshona region of southern Tibet. They arrived here after several months of journey across treacherous passes, set the shrubs on fire and settled down to make it their home called Merak, which literally means "Set on the fire" The inhabitants of Merak are similar to those of Sakteng in their language, dress, lifestyle and spiritual afflictions. However the people from Merak are said to be better built and taller than their counter part in Sakteng. Like the people from Laya, Lingshi and Lunana, they also live a semi nomadic lifestyle, primarily depending on Yaks for their livelihood. Mt Jomo Kukhar to the north east is considered the abode of Aum Jomo and worshipped by the Brokpas as their protecting deity. Every autumn, people of Merak celebrate a two day festival in honour of their protecting deity by making journey to the mountain, compete in horse riding race and perform mask dances. The houses are built of stones with very small windows and in most cases the houses are one storied only. In Merak the custom of polyandry is practised, with brothers sharing the same wife. To get to Merak, from Trashigang, drive for 1.5hr to Chaling (2148m), from where you begin a two day trek to reach main Merak village at an altitude of 3520m.