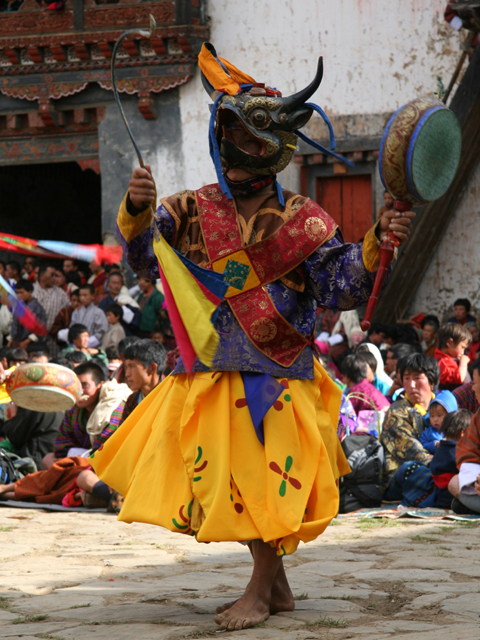 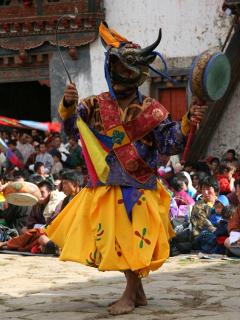 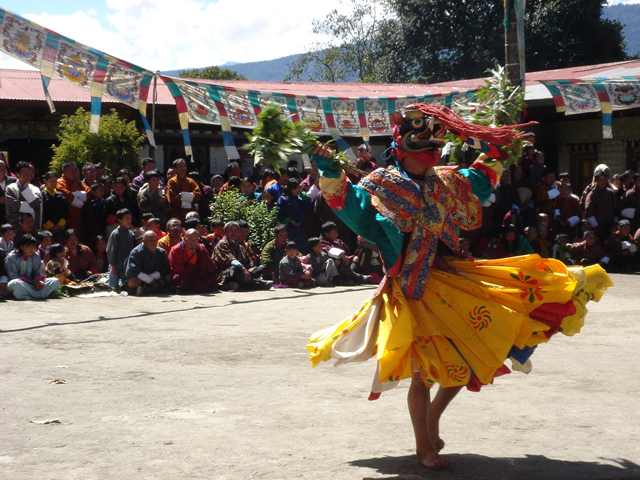 Prakar Lhakhang is located in Chumi valley of Bumthang which was built in 17th century.Visible on the promontory on the opposite side of the river from Zugney village is the Prakar Goemba.Legend has it that the monkeys helped to build this temple, humans worked during the day and the monkeys continued the work at night, therefore it was named "Prakar" which means "white monkey".Prakhar Tshechu is performed in Prakhar Lhakhang ever year for 3 days.