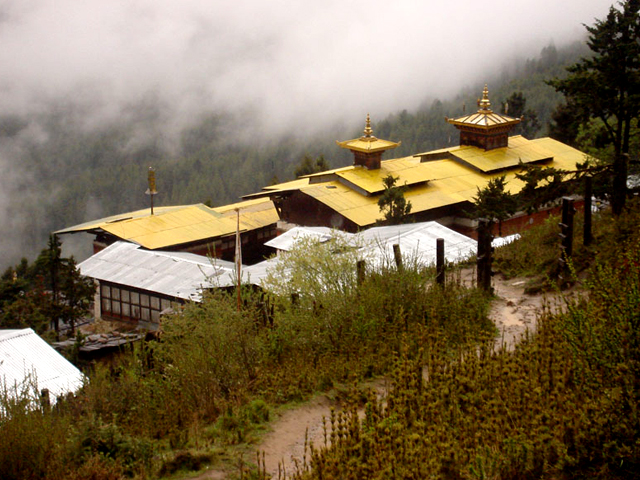 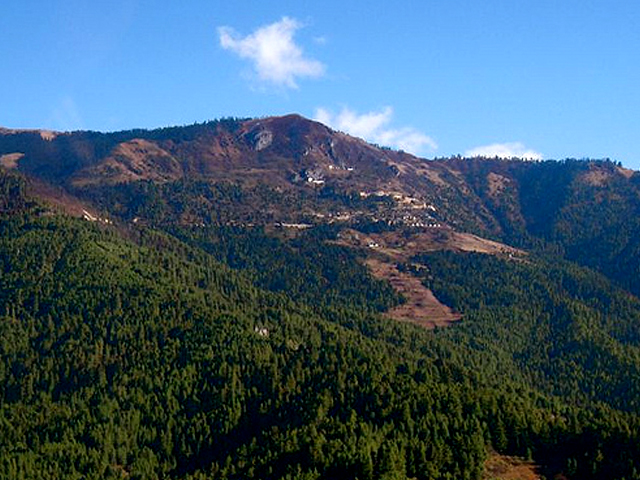 Tharpaling Monastery is situated above Chumey valley at 3,600m. Although a feeder road goes up to the monastery from Gyetsa village but it may be impracticable in summer due to rain, so a walk is often necessary. The main part of the monastery was founded by Longchenpa or Longchen Rabjam (1308-1363) during his self-exile from Tibet. This monastery was also used as a place of meditation by Jigme Lingpa, Nyoshul Khen Rinpoche and Dilgo Khyentse Rinpoche. The monastery contains statues of Longchenpa and Jikme Lingpa in meditation posture and frescoes of the lineage of Longchenpa and Jigme Lingpa. Above the Tharpaling Monastery (to the north) is the Chodrak Monastery, a place where Guru Rinpoche is said to have meditated and the first settlement here is attributed to the Drukpa Kagyupa master, Lorepa (1187-1250), who founded Chodrak. Above Chodrak Monastery is the meditation cave of Guru Rinpoche, Longchenpa and a rock throne, where Longchenpa wrote part of the Seven Treasures. Tharpaling is known for Longchen Rabjampa, who was a major teacher in the Nyingma school of Tibetan Buddhism. His major work Seven Treasures encapsulates the previous 600 years of Buddhist thought in Tibet. Longchenpa was a critical link in the transmission of the Dzogchen teachings. He was the abbot of the Samye monastery, one of Tibet's most important monasteries and the first Buddhist monastery established in the Himalaya.