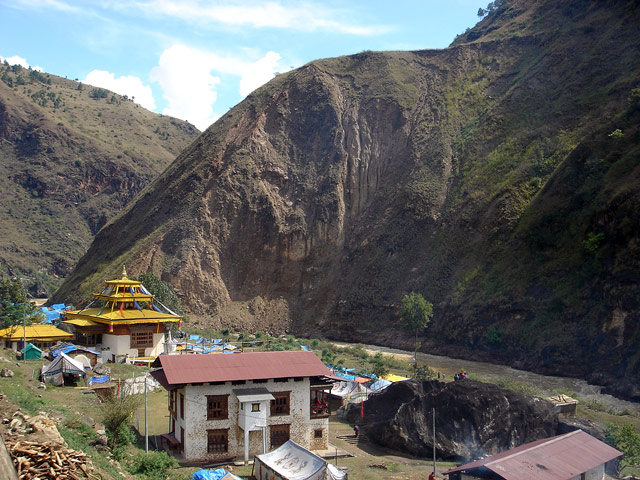 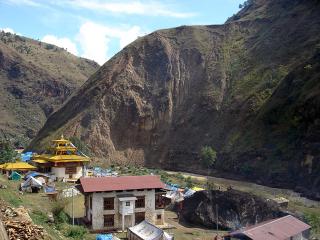 Drive from Trashigang to Trashiyangte

Trashigang to Trashiyangte: The total distance of around 53km takes around 2hrs excluding the stops. From Trashigang, retrace the road back towards Mongar by descending till Chazam (9km). From Chazam, take the side road, through sparse vegetation to Gomkora (13km). Around 2kms after Gomkora, you arrive at sleepy little town of Doksum (860m), which is the road head for many larger villages in higher reaches. From Doksum, the road turns northwest following the Kulong Chu valley for a short while, then climbs higher and higher, as the habitation become sparser and the valley becomes steeper. After traversing along the rocky cliff, a large building appears on the promontory of the opposite ridge. This is the original Transhiyantse Dzong, founded in 1656, on the site of earlier residence of Pema Lingpa. The building has the appearance of a large country house rather than a Dzong, and it is accessible by wonderful cantilevered bridge. It houses the monks of Shung Dratshang (Central Monastic body). As we continue for another 3km, the large Chorten Kora stupa, the town and the new Dzong begins to appear.