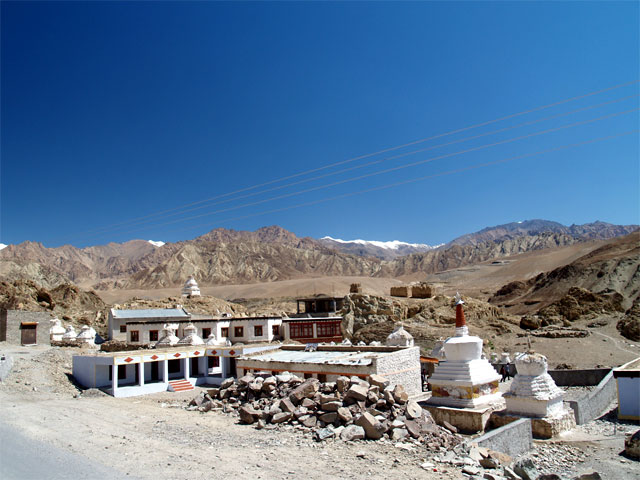 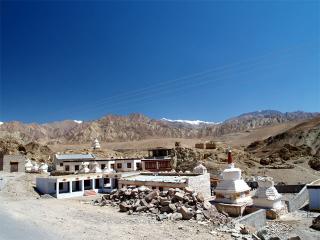 the monastery is known as Chos-kor, or religious enclave and comprises of five temples. The richest in paintings and images are in the Du-khang (assembly hall) and the three-storey Sum-tsek. Its murals, dating from the 11th century, pre-date the Tibetan style of painting seen in all the other gompas of the region. Unlike other monasteries, which are usually on a cliff top or cling to a mountainside, Alchi is at ground level and is nestled in the shade of a garden.