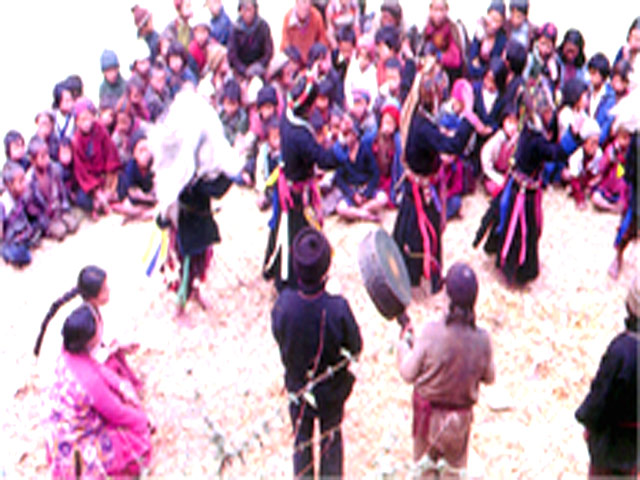 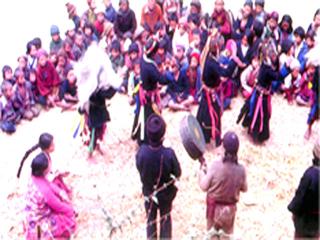 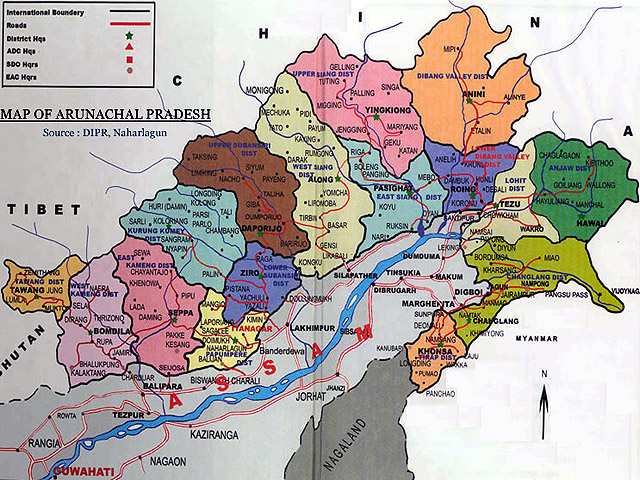 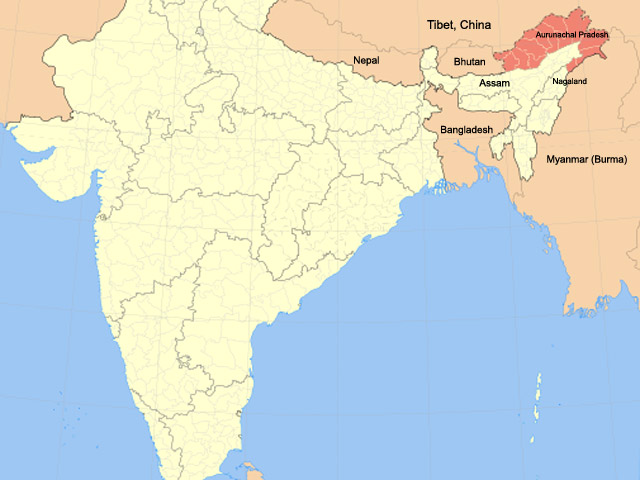 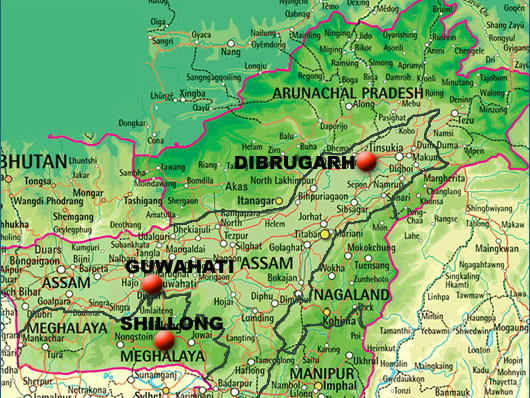 The north east mountainous state of Arunachal Pradesh runs along the top of Assam, stretching from Bhutan all the way to Myanmar with Tibet, China to the north. Its densely forested hills are home to at least 65 different tribal groups. People are still found to dress in their traditional costumes and speak their dialects. Most of the native population is either of Tibetan or Thai-Burmese origin. Arunachal literally means "land of the rising sun’. China invaded Tawang in1962 as a part of its claim to all areas formerly occupied by Tibet, which Indians successfully repulsed. China still holds a territorial claim over portions of the state. In 1992, the Indian Government decided to allow foreign tourists to visit certain areas of Arunachal Pradesh with special permits.