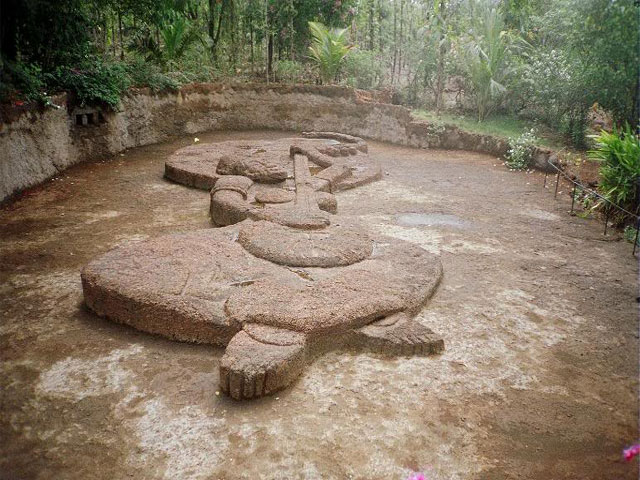 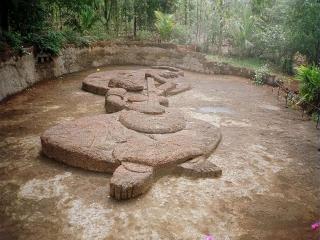 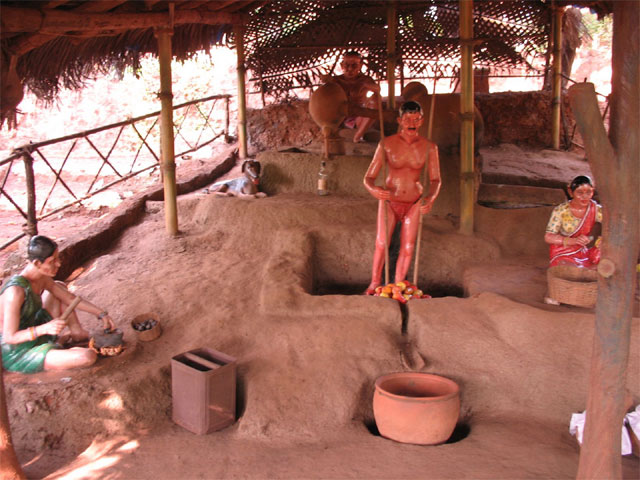 In the year 1994 the sculpture of Sant Mirabai, India’s singing saint, which was begun and was finished in the period of one month. Carved on laterite it received National acclaim in the “Limca book of Records”.

The sculpture was then christened “The Natural Harmony” in honor of the environs and the open and beautiful landscape. From there on the amazing journey began. From the dream of an artist to becoming a major tourist attraction, the project has come along way since 1995 when it was opened to the public. Today, hundreds of tourists - national and international visit the place. Besides artists, students, teachers, nature lovers, environmentalists and others, frequent the site often. Maendra began a project whose sizes and implications truly existed only in his dreams. Whilst he went about the task of carving, painstakingly, the sculpture, he also worked upon the aspects of providing visitors to the site of the sculpture with a “View with a Difference”. So began a journey that actually threw off - balance all those wishing to classify the project. A barren hill covered with hardy shrubbery and thorny bushes began to take shape of a terraced and landscaped parkland under the nimble hands and artistic mind of one individual alone. He toiled laboriously by the side of his workers under the sun and the moon, in the rain and driven wind, because only he knew what he wanted and what shape the finished project was going to take. The site also a big number of “Nature Study groups”, the “Science Clubs” and so on visiting to study the huge variety of plants and their cures. Many study groups visit the premises for their thesis based on the traditional tools, the implements and the evolutionary trade facts displayed and demonstrated as pertaining to each section of society.