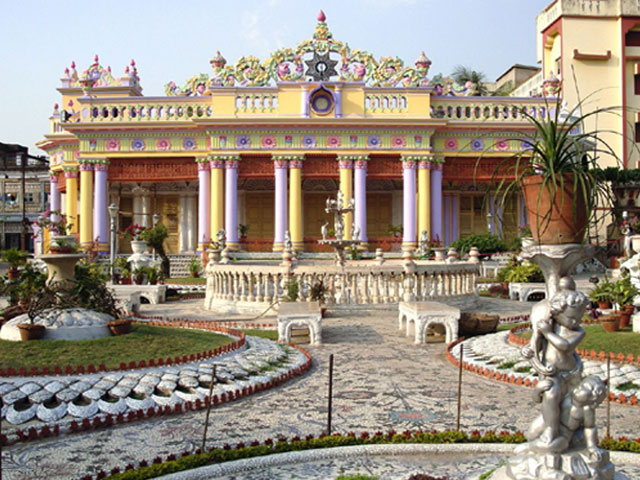 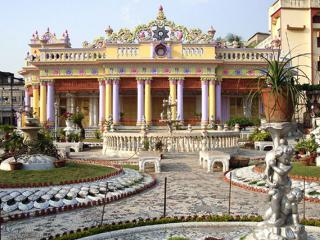 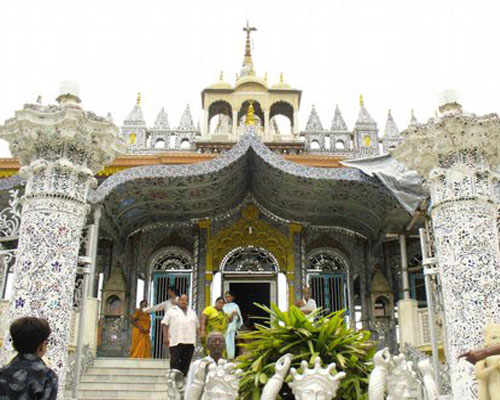 The temple was built by a Marwari Shrimal Jain named Seth Badridas in 1867. It is not an ordinary run-of-the-mill temple. In fact, devout Jains from other parts of India and abroad pour in to the temple throughout the year. In the sanctum sanctorum, the deity of Lord Shitalnathji is seated and his diamond studded forehead draws visitors from far and near. Inside the sanctum sanctorum, there is a lamp which has been been perpetually burning ever since the temple's inception. Apart from Lord Shitalnathji's shrine, there are three other shrines dedicated to Chanda Prabhujidev, Dadaji Garu and Kushalji Maharaj and the last temple is dedicated to Lord Mahavira, the last Tirthankar who was a contemporary of Lord Buddha. The interiors of the temple are lavishly decorated with high quality mirrors and glasses.