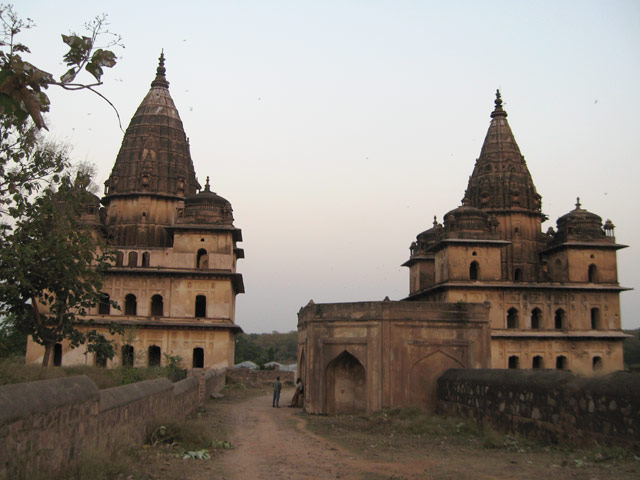 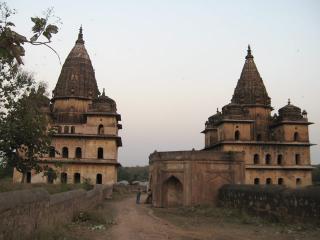 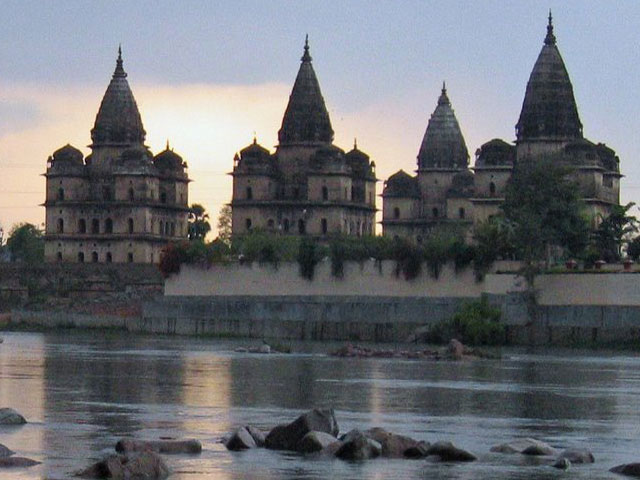 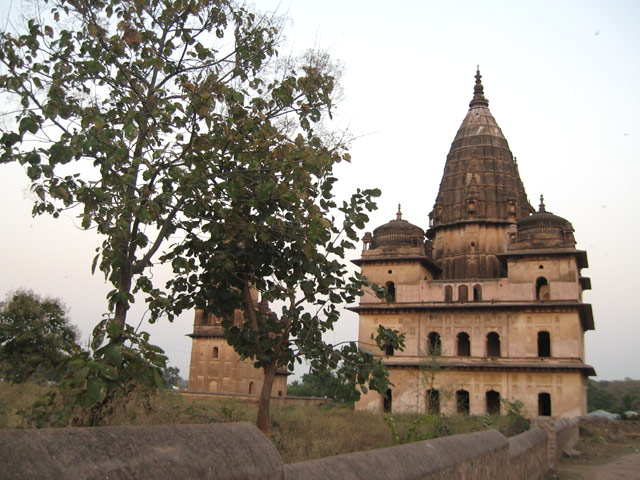 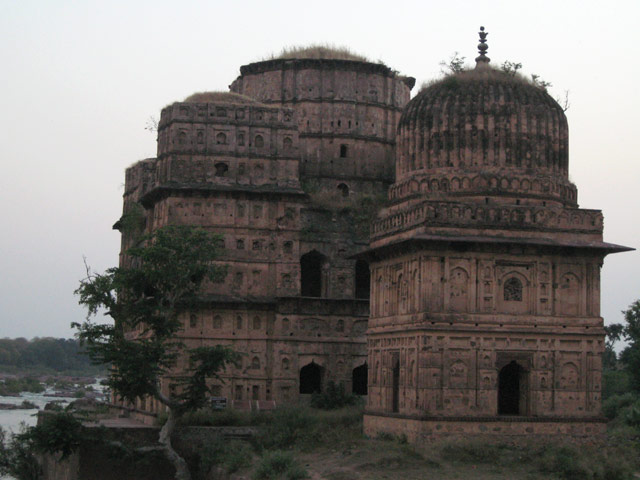 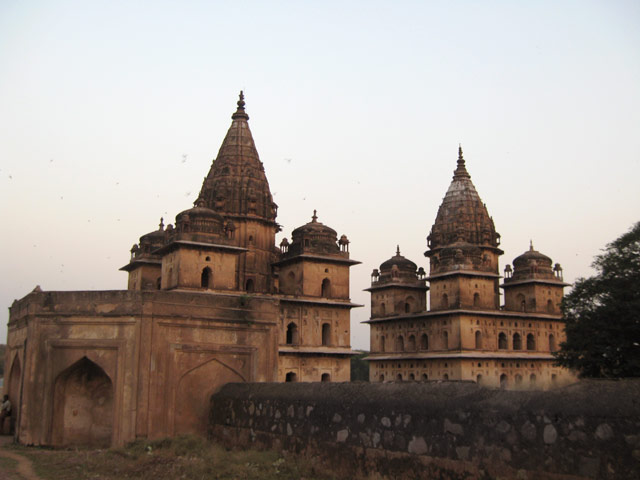 There are fourteen 'Chatries' or memorials to the rulers of Orchha, grouped along the Kanchana Ghat of the river Betwa. There are the 17th and 18th centuries beautiful cenotaphs of the rulers of Orchha. Amidst this group of cubical structures with temple like spires, Bir Singh’s cenotaph alone has explicit Islamic features on it.Prince Salim was fleeing Agra. He had rebelled against his father, the all powerful Mughal emperor, Akbar. Akbar sent his right hand man, Abul Fazl to capture the Prince. They passed through the kingdom of the Bundelas. The Bundelas were fierce Rajput chieftains who ruled out of their hidden city of Orchha. In fact the word Orchha means "Hidden". The Bundela cheiftain, Bir Singh Deo came to Salim's aid. He had Abul Fazl killed in an ambush and sent the head to Salim. It is said that upon seeing Abul Fazl' s head Salim grew so angry that he threw it into his toilet.Prince Salim eventually reconciled with his father and returned to Agra. Bir Singh Deo's favour was not forgotten and he was showered with Mughal patronage. With the coffers now full, Orchha now entered it's golden age. The Bundelkhand style of architecture flowered and several fairy tale like palaces and temples were built. The Chattris or Cenotaphs were built to honour the dead ancestors of the Bundela rajas. The first raja of the dynasty, offered drops of his blood to the Goddess Kali and was called Bundela - "One who has offered drops". His decendants carried this name till the line was faded.