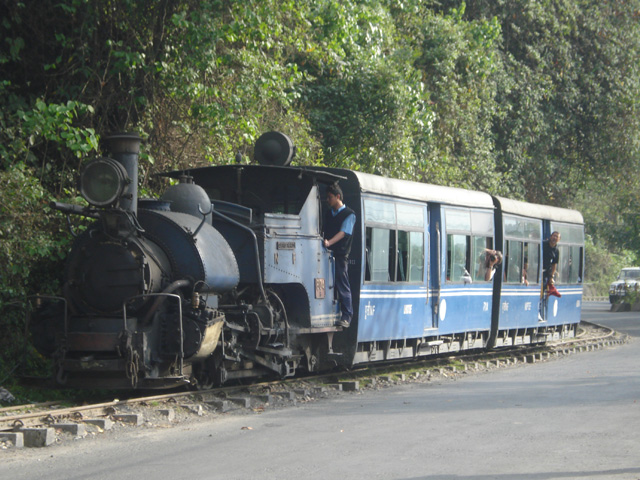 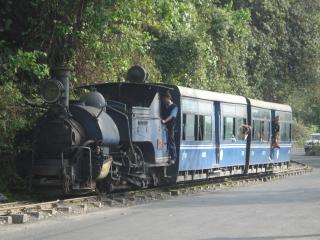 The Darjeeling Himalayan Railway(DHR), aptly referred as the "Toy Train", is a 2 ft (610 mm) narrow-gauge. It was built between 1879 and 1881 and was powered by a steam Engine but now there is both steam and diesel running on the narrow tracks. During its 88 kms journey from Siliguri (300ft) to Darjeeling, it loops gracefully around those recalcitrant humps, much like a spiral and chugs its way up to Ghoom, its highest point (7,407 ft) and finally descends down a spur to Darjeeling. Besides the schedule service from Siliguri to Darjeeling, there are several tourist train from Darjeeling to Ghoom. Since 1999 the DHR has been declared as a World Heritage Site as listed by UNESCO.