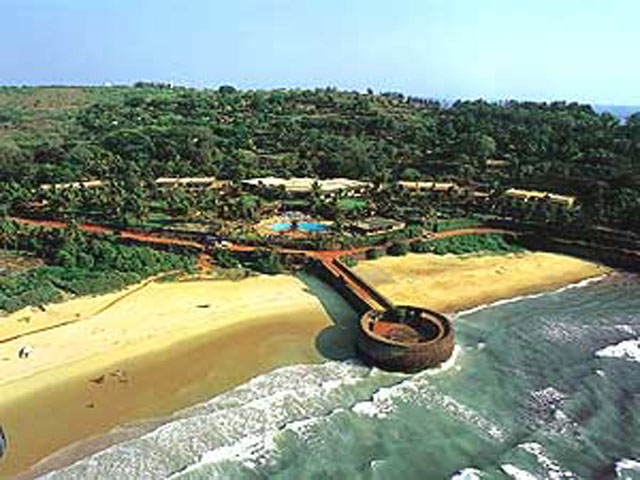 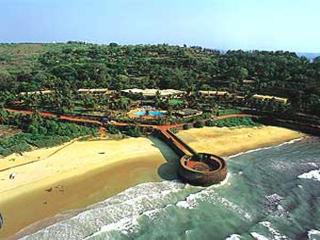 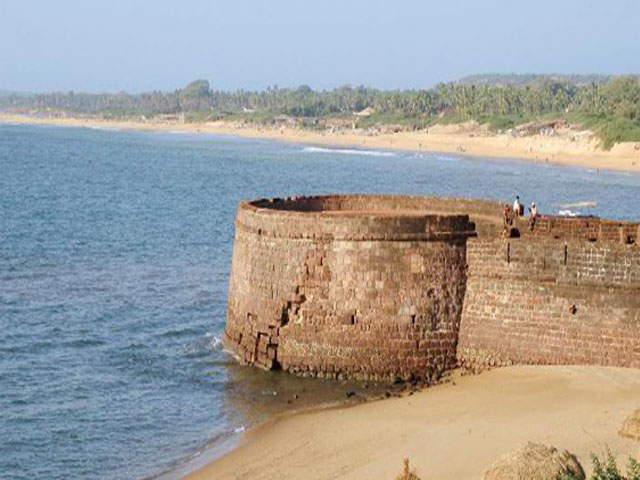 Fort Aguada is located between Sinquerim Beach and River Mandovi. The fort was built by the Portuguese in the early 17th century.

The fort was built to defend themselves against any foreign attack, and to control the entry of the River Mandovi. This old Portuguese fort stands on the beach south of Candolim, at the shore of the Mandovi river. It was initially tasked with defense of shipping and the nearby Bardez District. A freshwater spring within the fort provided water supply to the ships that used to stop by. This is how the fort got its name: Aguada = Water. Crews of passing ships would often visit to replenish their fresh water stores. On the fort stands a 4-storey Portuguese lighthouse, erected in 1864 and the oldest of its kind in Asia. Built in 1612, it was once the grandstand of 79 cannons, a moat around the fort also protected it. Fort Aguada was the most prized and crucial fort of Portuguese. The fort is so large that it envelops the entire peninsula at the south western tip of Bardez. Built on the mouth of river Mandovi, it was strategically located and was the chief defence of Portuguese against the Dutch and Marathas.