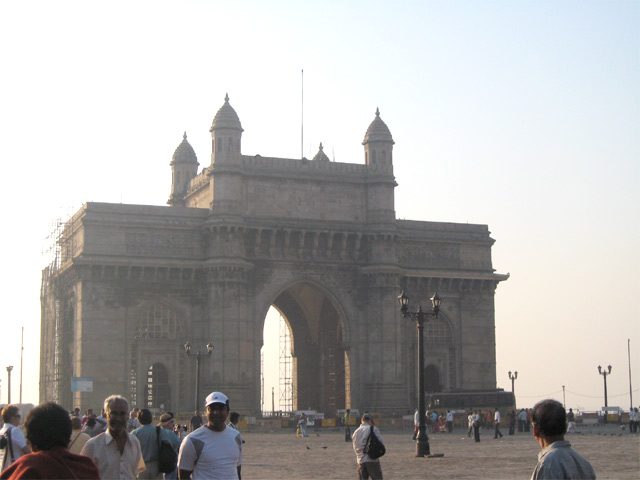 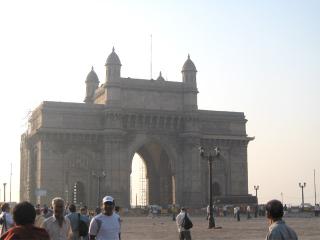 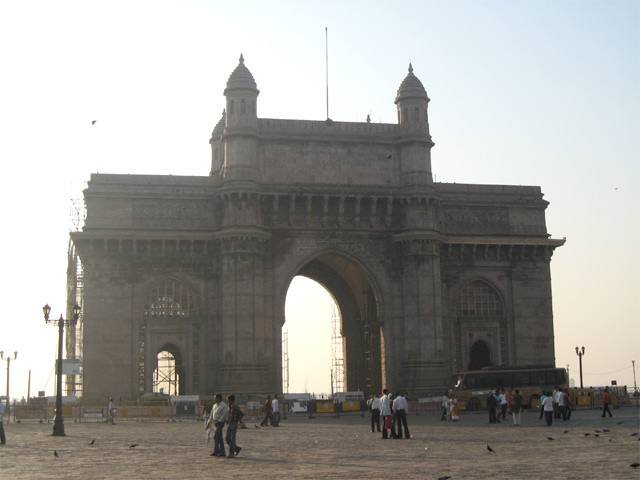 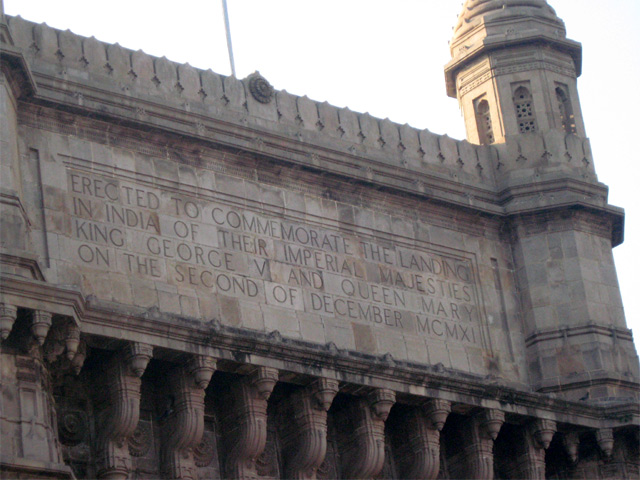 Mumbai's most striking monument, this too was designed by George Wittet. It has an imposing gateway arch in the Indo-Saracenic style with Gujarati and Islamic elements such as wooden carvings.

It was built to commemorate the visit of King George V and Queen Mary to India in 1911. This area is also the departing point for ferries plying to Elephanta Island and other beaches across the port. Behind it is the beautiful old (and new) structure of the Taj Mahal Hotel. Its design is a combination of both Hindu and Muslim architectural styles, the arch is in Muslim style while the decorations are in Hindu style. The Gateway is built from yellow basalt and reinforced concrete. The stone was locally obtained, and the perforated screens were brought from Gwalior.