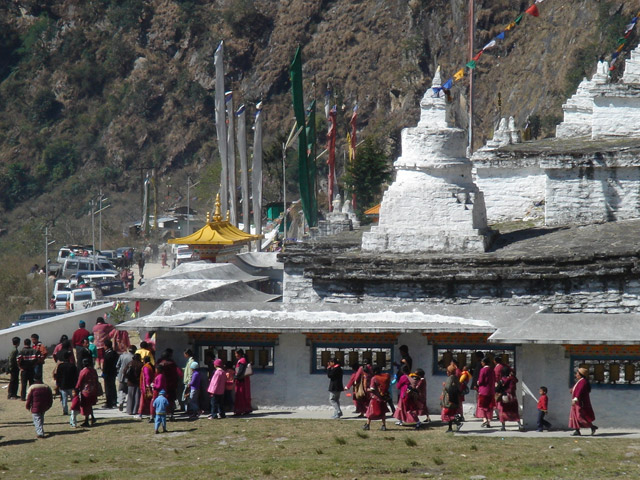 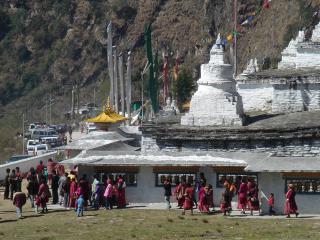 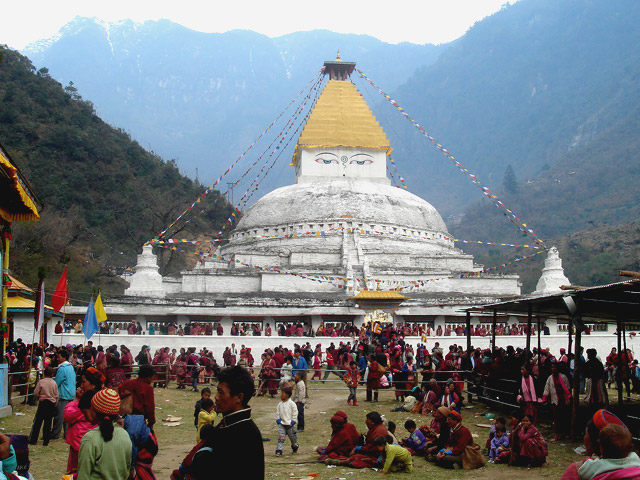 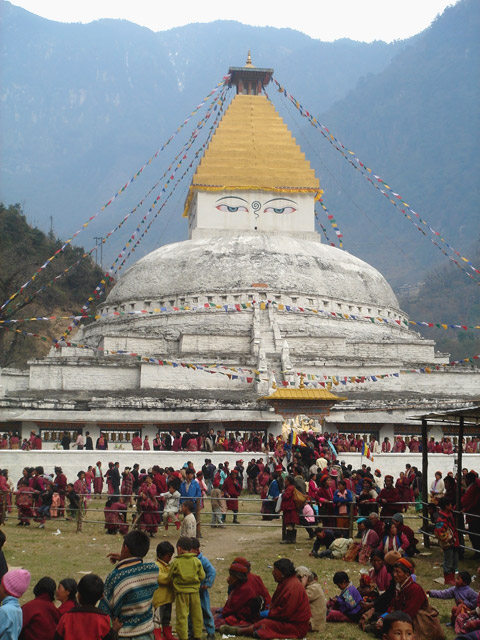 a monpa village in Tawang District

Gorsam Chorten near the village of Zemithang is the largest Stupa of the area with the height of about 100ft (like a 10 storied building). It lies in the valley floor, on the bank of Namjang Chu river. There is no written history and no one knows the date when it was exactly built. Early 18th century is one widely held guess through legends stretch its antiquity by another 400 years. Local legend has it that Lama Sangye Pradhar (Monpa), who supposedly built Gorsam Chorten, travelled to Kathmandu and carved a miniature model of the shrine using radish. Indeed the chorten is a virtual replica of the Nepalese landmark: its giant hemispherical dome, crowned by a pyramidal head, resting on a square three-tiered base, with fur enormous eyes of the "all seeing Buddha", painted on the pyramidal crown just as in Boudanath, with small stupas on the plinth’s four corners. It is said to have taken 13 years to build the chorten.