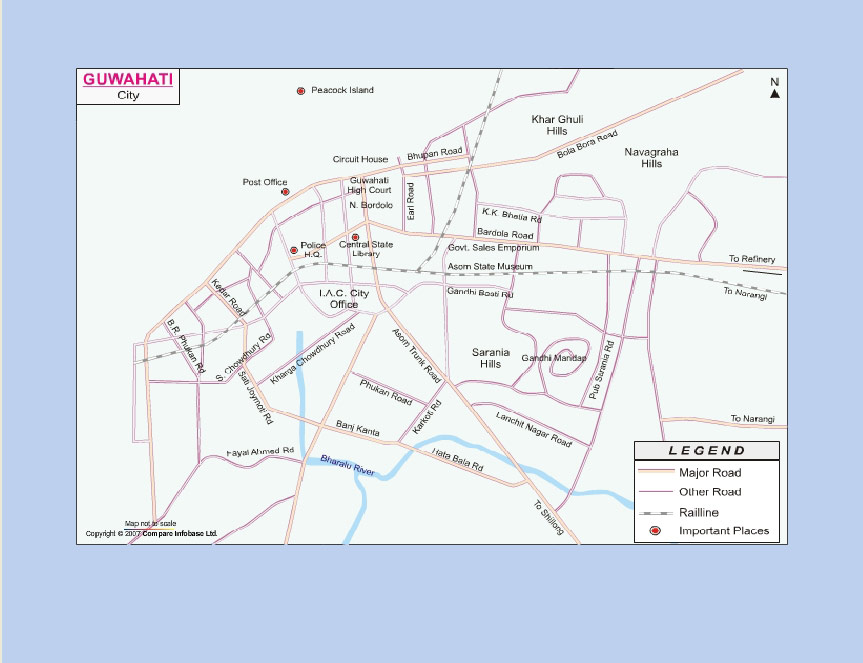 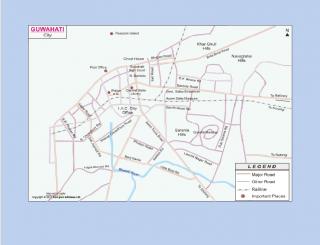 Major city of Assam and gateways for North East

Guwahati is a major city and gateway to the North-East Region. Dispur, the capital of Assam is situated within the city. The main city is situated on the southern bank of mighty and picturesque Brahmaputra River, with lush hills of the Shillong Plateau providing a verdant backdrop. At places the width of Bhramaputra river is about 6-7 km, while its narrowest portion is about 2 km at the bridge of Saraighat. There are many islands and beaches in the river. Guwahati is one of the growing cities in India with population over one million and it is the main center for shopping and business, for people from the north east as well as from Eastern Bhutan.