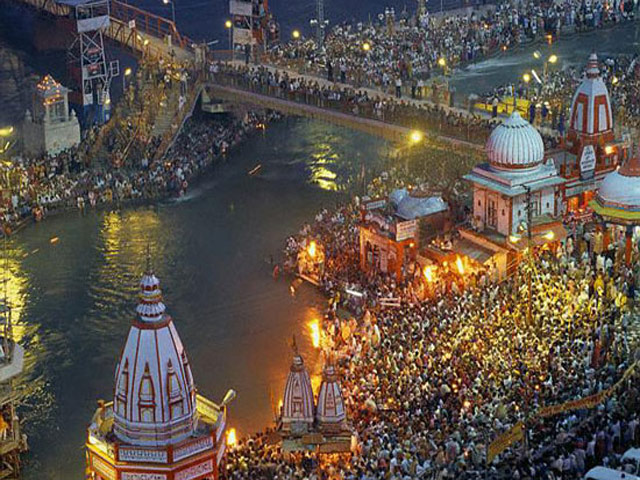 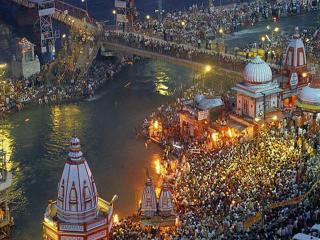 Haridwar, on the right bank of River Ganga at the feet of Shivalik ranges, an ancient pilgrim city is one of the holiest places for Hindus. Haridwar is at the point where the river Ganga spreads over the northern plain. It lies at the base of the Shivalik Hills where the Ganga passes through its last gorge and begins a 2000 km journey across the plains.

Haridwar is one of the four venues for the Kumbh Mela, a festival held once in twelve years, it is among the seven sacred cities of India. A holy dip at Har-Ki-Pauri is a must for every devotee. Situated at the confluence of the rivers, Chandrabhaga and Ganga, Rishikesh has long been a spiritual centre. Haridwar has very rich ancient religious and cultural heritage. In the ancient scriptures of India, this place is well known by the name of Mayapur. This city is also well known for many other things apart from the holy river Ganges. Haridwar has privilege of having IIT at Roorkee, formerly known as University of Roorkee, founded in 1847 as a first technical institute of India. The tomb Piran Kaliar of Shabir Shahib in Roorkee is a living example of religious harmony in India which is visited by the people of all religious sects from all over the world. There is another University in the city called Gurukul Kangri Vishva Vidyalaya apart from the head quarter of Uttaranchal State Public Service Commission also being established at Haridwar.