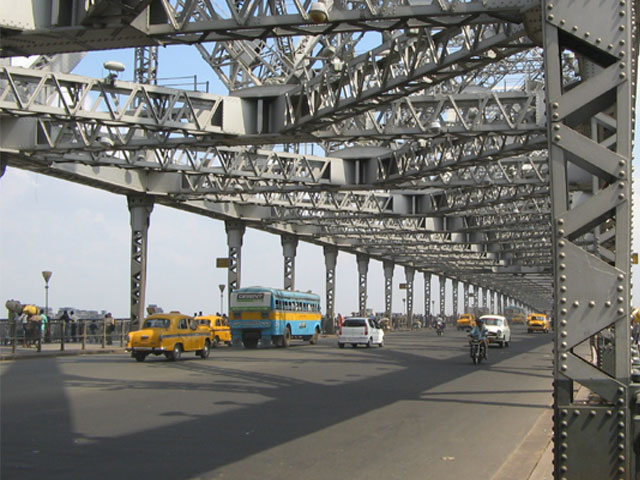 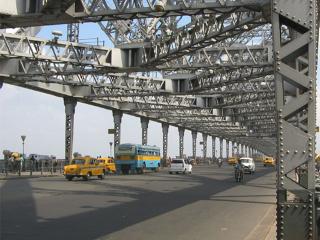 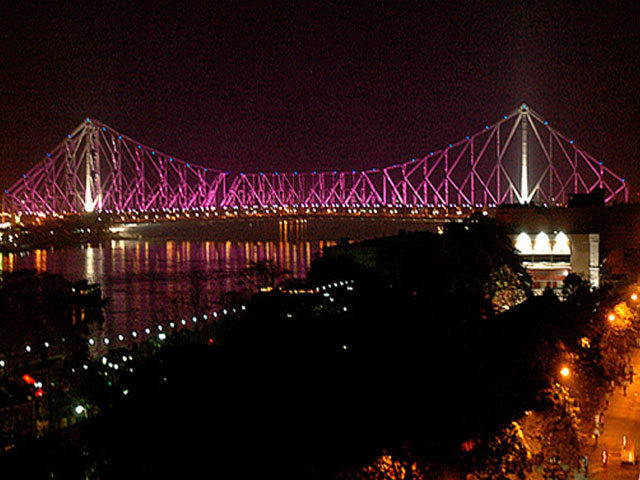 Howrah Bridge is still the gateway to Kolkata built on the Hooghly River. It was originally named the New Howrah Bridge because it links the city of Howrah to its twin city, Kolkata (Calcutta).

On 14 June 1965 it was renamed Rabindra Setu, after Rabindranath Tagore a great poet and the first Indian Nobel laureate. However it is still popularly known as the Howrah Bridge. It is considered to be an engineering marvel, which took six years to construct in the 1940s.Over 2,590 metric tonnes of high tensile steel make up this unique cantilever bridge that joins the main Railway Station (for Kolkata) and the industrial city of Howrah with the city of Kolkata. Supported by two piers, each nearly 90 meters in height above the road level, the bridge has a span of almost 500 meters (no pillars in the middle). It was opened in 1943 and today it is one of the busiest bridges in the world. It is the third largest bridge in the world, has around 2 million people crossing over it daily.