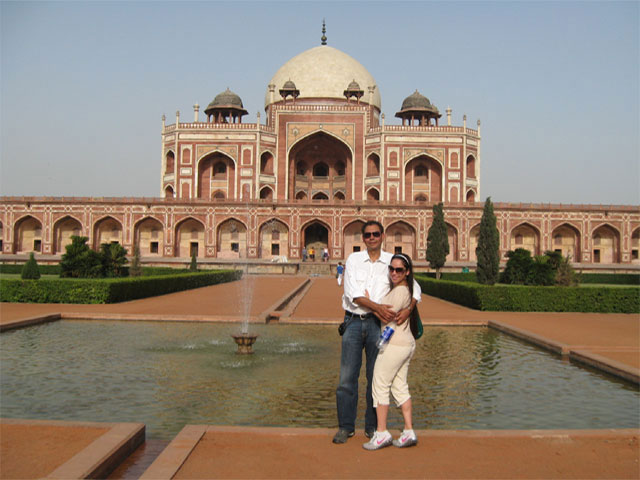 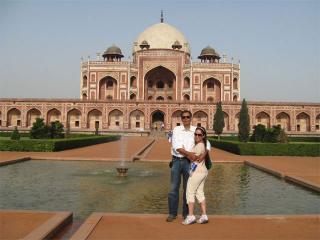 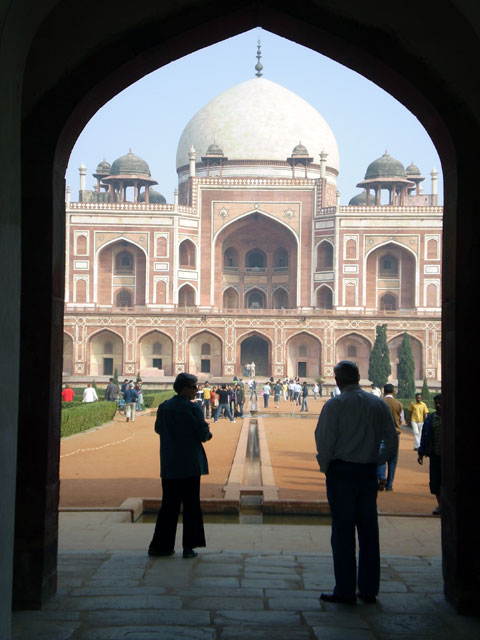 Humayun's Tomb is the first distinct example of proper Mughal style, which was inspired by Persian architecture. Although Sikandar Lodi's tomb was the first garden-tomb to be built in India, it is Humayun's tomb which set up a new vogue, the crowning achievement of which is the Taj at Agra. There is also a somewhat common human impetus behind these two edifices-one erected by a devoted wife for her husband and the other by an equally or more devoted husband for his wife.

This magnificent Humayun's Tomb also known as Baby Taj is located in Nizamuddin east, New Delhi. It was built by the orders of Hamida Banu Begum, Humayun's widow starting in 1562  and took 8 years to complete. The complex was declared a UNESCO World Heritage Site in 1993, and since then has undergone extensive restoration work. The highly geometrical and enclosed Paradise garden is divided into four squares by paved walkways (khiyabans) and two bisecting central water channels, reflecting the four rivers that flow in jannat, the Islamic  concept of paradise. Each of the four square is further divided into smaller squares with pathways, creating into 36 squares in all, a design typical of later Mughal gardens.The central water channels appear to be disappearing beneath the tomb structure and reappearing on the other side in a straight line, suggesting the Quranic verse, which talks of rivers flowing beneath the 'Garden of Paradise. The building was first to use its unique combination of red sandstone and white marble, and includes several elements of Indian architectural, like the small canopies, or chhatris surrounding the central dome, popular in Rajasthani architecture and which were originally covered with blue tiles. It is the first distinct example of proper Mughal style, which was inspired by Persian architecture. It is still maintained in its original grandeur.