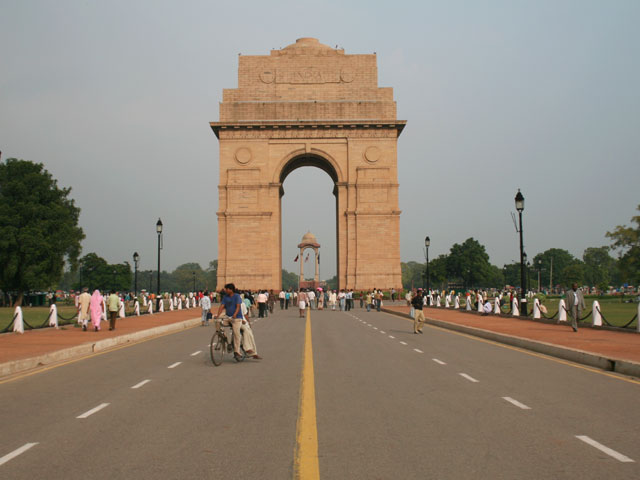 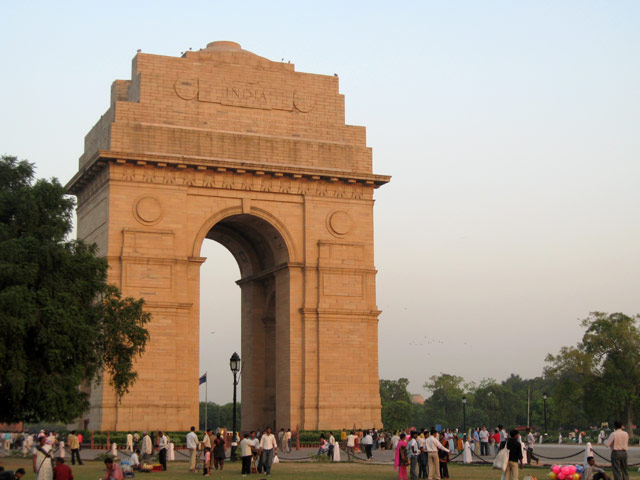 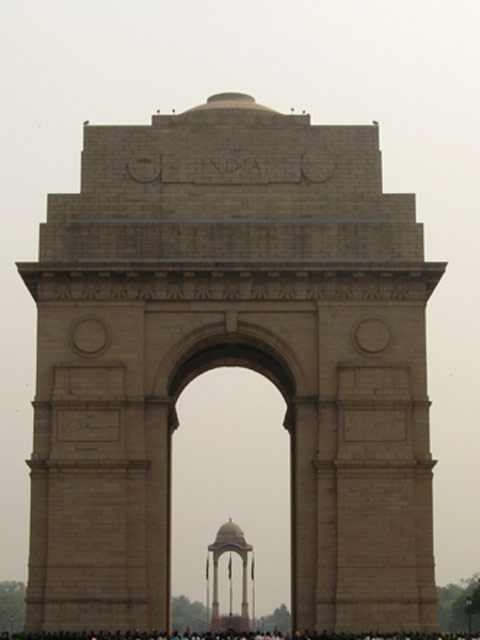 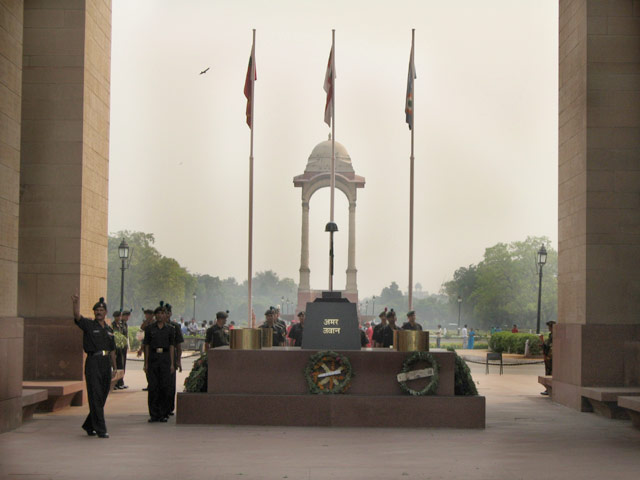 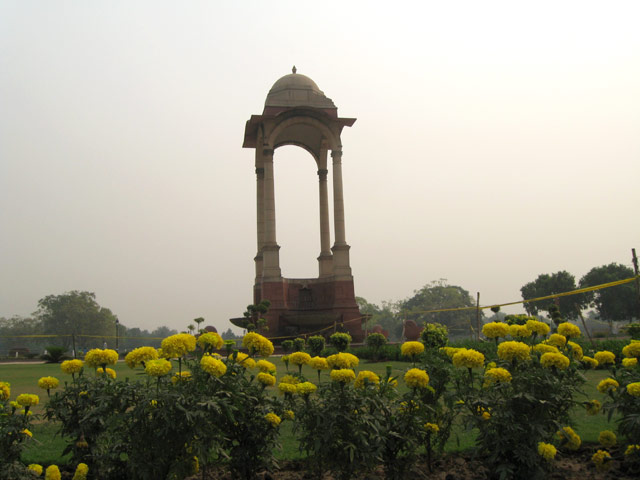 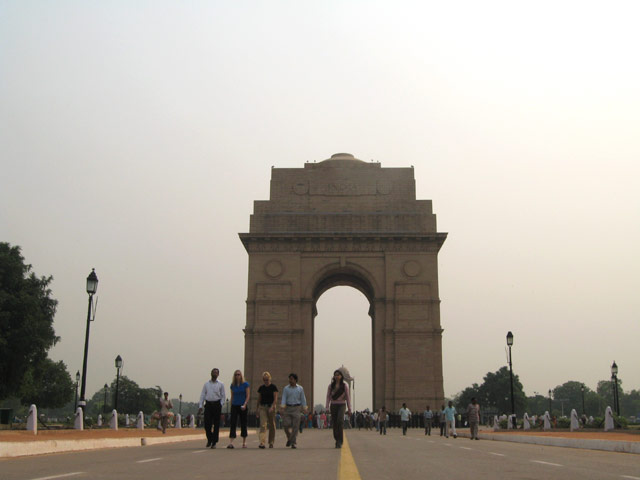 The India Gate is the national monument of India. Situated in the heart of New Delhi, India Gate was designed by Sir Edwin Lutyens. Originally known as All India War Memorial, it is a prominent landmark in Delhi.

India Gate was completed in 1931 and the names of the soldiers who died are inscribed on its walls. In 1971 a flame was ignited under the gate and it has been burning ever since calling itself the Amar Jawan Jyoti which means the flame of the immortal soldier. There is also a cenotaph in the middle which marks the sacrifices of the brave soldiers.The India Gate is 42 m tall and is one of the most important monuments in India built out of love and respect for the heroes who sacrificed for the lives of others. It commemorates the 90,000 soldiers of the British Indian Army who lost their lives while fighting for the British Raj in World War-I and the Third Anglo-Afghan War. It is composed of red sand stone and granite. Today, it is customary for the President and the Prime Minister, as well as visiting Guests of State, to pay homage at the site on occasions of State ceremonies, and each Republic Day, 26 January, the Prime Minister pays homage to the soldiers along with Heads of Armed Forces, before joining the annual parade at the Rajpath.