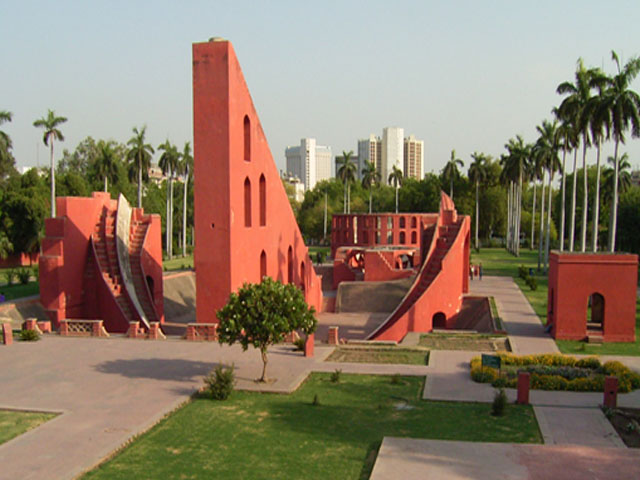 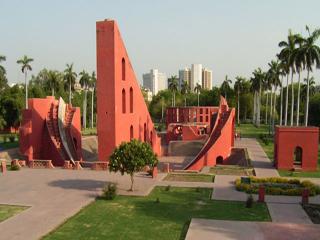 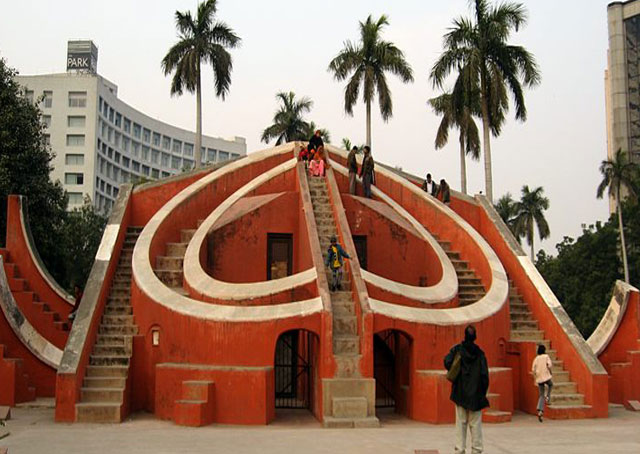 The famous 18th century astronomer king and the founder of the Pink city of Jaipur, Sawai Jai Singh, built the first of his five astronomical observatories across India. The observatories are known as Jantar Mantar which derives it name from the words 'yantra' (instrument) 'mantra' (formula).

Jantar Mantar is very popular among tourists and the people of Delhi. The structure is another great masterpiece of Indian architecture which shows the scientific acumen of ancient India. Jantar Manter is situated at Parliament Street, very close to Connaught Place. Jantar Mantar is also called Delhi Observatory. It consists of 13 architectural astronomy instruments, built by Maharaja Jai Singh II of Jaipur, from 1724 onwards, and is one of five built by him, as he was given by Mughal emperor Muhammad Shah the task of revising the calendar and astronomical tables. The primary purpose of the observatory was to compile astronomical tables, and to predict the times and movements of the sun, moon and planets. Some of these purposes nowadays would be classified as astrology. It is a remarkable structure which consists of fourteen geometric devices used for measuring time, forecasting weather changes, predicting behavior of planets and finding extraterrestrial altitude. All these devices are fixed structures and point to a specific direction. The largest device or instrument is the Samrat Jantar which is 90 feet high and its shadow is plotted in such a manner so that is shows the exact time of the day. Any weather change or the onset of monsoons can be ascertained by the Hindu Chhatri, which is a small domed structure.