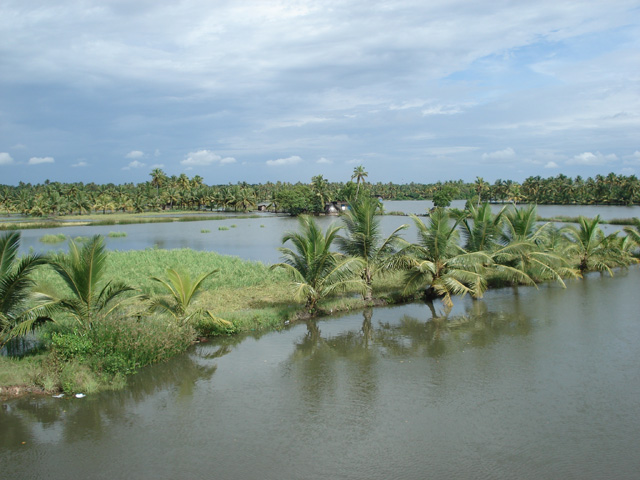 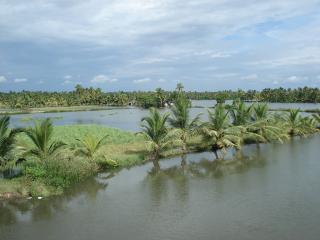 The lush and serene state of Kerala is one of the favorite tourist destinations of India. Kerala enjoys unique geographical features that have made it one of the most sought after tourist destinations in Asia. From the Malabar Coast and its impressive network of rivers, canals and lakes that form the backwaters, the long stretch of palm trees leads up to verdant hills covered with tea and spice plantations. Cochin, documented since Roman times, is the oldest European settlement in India. From the quaint Jewish quarter to the bustling spice bazaars it has a seamless blend of diverse architectural and religious influences.
Kerala’s backwaters are the backbone of rural existence in this region. To experience this reality of life on backwaters a cruise along the backwaters on your own private houseboat is the best choice. You can witness daily village life unfolding before you, with woman washing their clothes and fishermen casting their nets, as small boys swim alongside your boat shouting excitedly. Undoubtedly Kerala is also very famous for its Plantations of Tea, Coffee, Cardamom, Pepper and many other aromatic plants. Apart from, there are also forested valleys and wildlife reserves.
When you speak about Ayurveda the first name that strikes in most peoples mind is Kerala. It’s the harmony of Body, Mind and Soul. Ayurveda in Kerala has roots in the history, geography and culture of this land.
In a nutshell Kerala is a state of unparalleled natural beauty, enriched by ancient art forms such as Kalaripayatt (martial art), Kathakali, Theyyam dancing and a seductive Cuisine that will redefine your concepts of Indian food. Kerala is rated by National Geographic traveler as one of world’s 50 must- see destination.

Attractions in Kerala, around and from Kerala