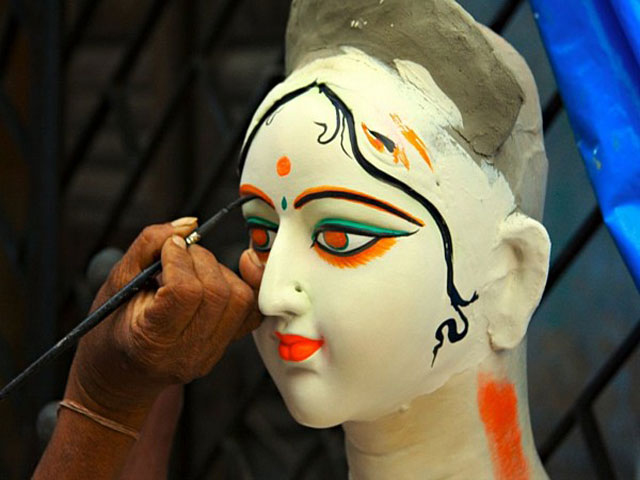 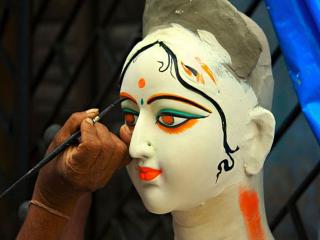 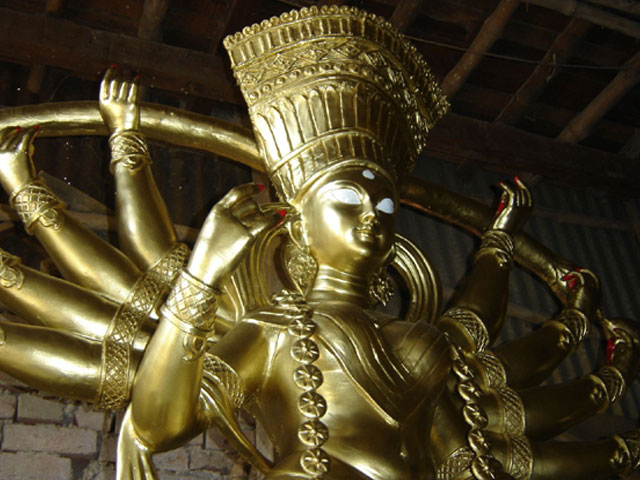 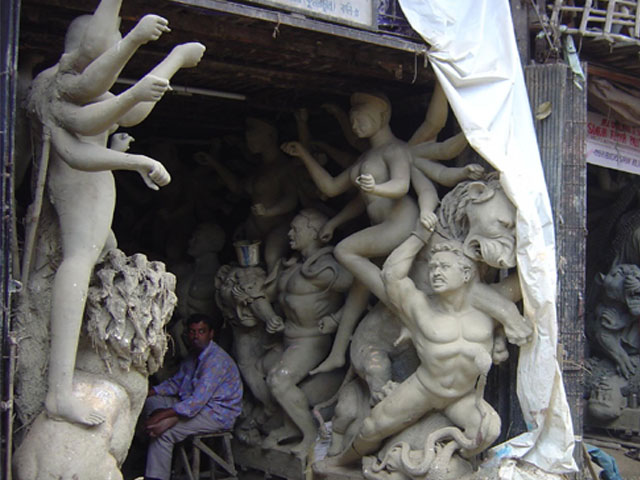 Kumartuli is the center of the clay idol-makers of West Bengal. It is home and workshop to more than one hundred and fifty families of clay model-makers.

Kumortuli is a traditionally potters quarter in northern Kolkata. Since 1950 it started the journey of sculpting and idol making businesses in India mainly at West Bengal Kolkata. It has come long way being in the heart of Bengali religious festival delivering scores of high quality idols year after year. This Kolkata neighbourhood, not only supplies clay idols of Hindu gods and goddesses to barowari pujas in Kolkata and its neighbourhoods, but a number of idols are exported. Kumortuli images are generally ordered well in advance and there a few for off-the-shelf sale. Nowadays, Kumortuli’s clientele has extended to America, Europe and Africa, among the Indian communities living there. In 1989, Durga images made out of shola pith by Amarnath Ghosh were flown to Sweden, Australia, Malaysia and Nigeria. The images weighed only three kilograms each and were ideally suited for air travel.Criss-crossed by a maze of narrow gullies men, women, children and images of gods and goddesse.