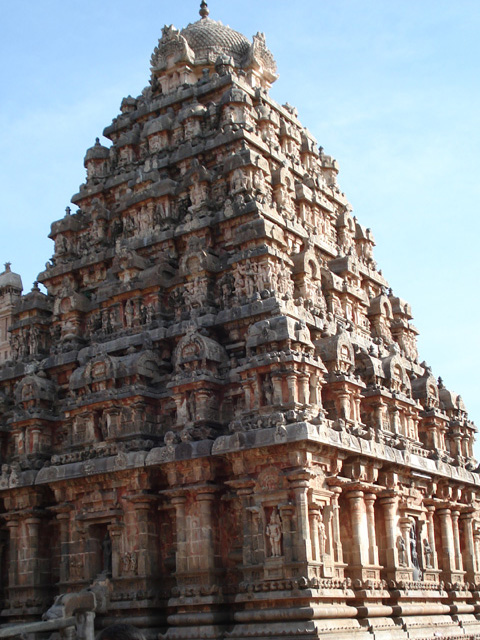 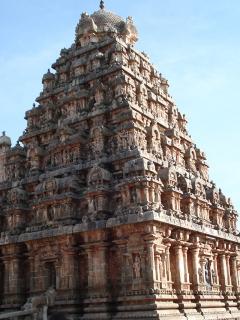 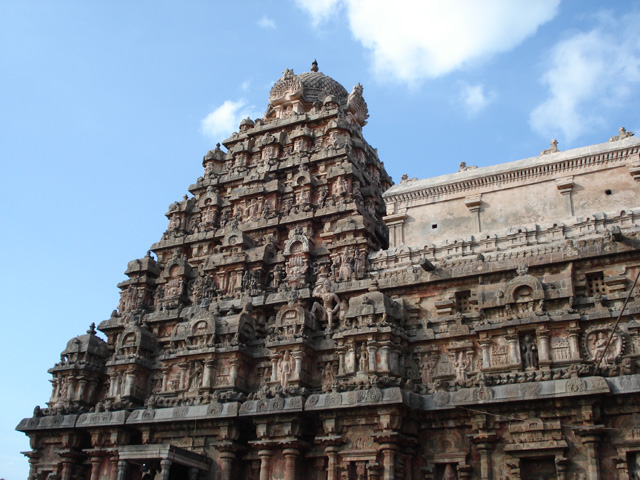 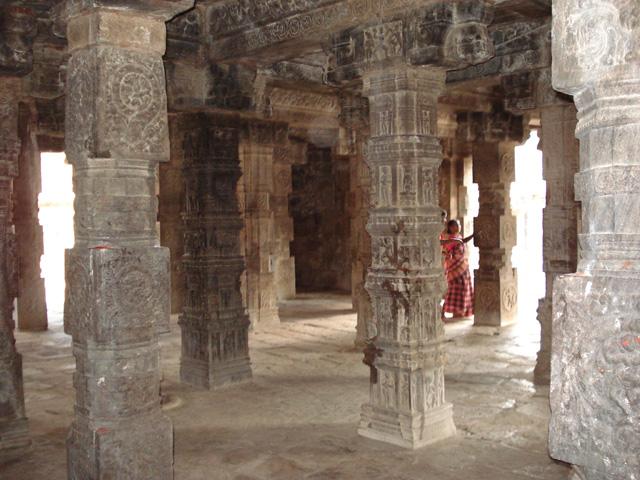 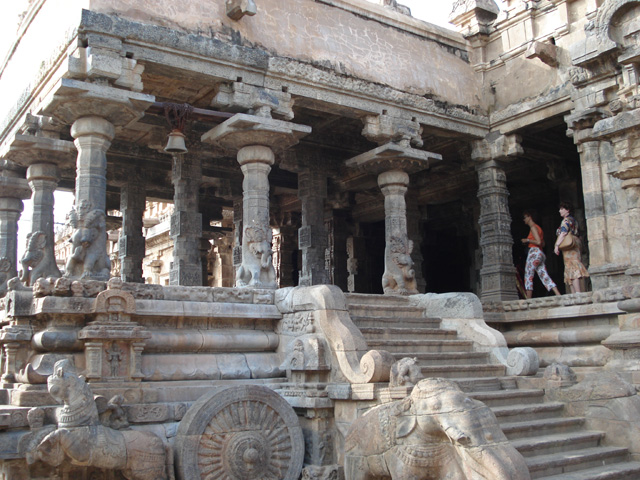 Kumbakonam is one of the oldest cities in Tamil Nadu. Kumbakonam was the capital of the Chola dynasty in the 7th century, replete with over 50 ancient and living temples, including 18 temples dedicated to Lord Vishnu, Lord Siva and one rare Brahma temple. Kumbakonam is called temple town because of the large number of temples within the town and the nearby areas. Gangaikondacholapuram is a stunning 11th century temple built to commemorate the Chola Kings’ conquest up to the Gangetic plain. The temple has beautiful stone sculptures including a dancing Ganesha, a lion-headed ornately decorated well and a stunning freeze depicting Rajendra being crowned by Shiva and Parvati. It also houses some remarkable bronzes from the Chola age as it was the capital of this dynasty until their fall in the 13th century.
Darasuram boats of the famous Airavateshwara Temple here (temple of white elephant), built by Raja Raja II, is a superb example of 12th century Chola architecture. It is described as a sculptor's dream re-lived in stone. The front Mandapam itself is in the form of a huge chariot drawn by horses. Paintings and sculptured panels abound here, causing this shrine to be a veritable storehouse of art. It is a very peaceful city and the festival of Mahamaham is celebrated every 12 years at the Mahamaham tank in Kumbakonam. The town is known for its temples, intricately carved panchaloha idols, exquisite brass wares especially lamps, silk and betel leaves.