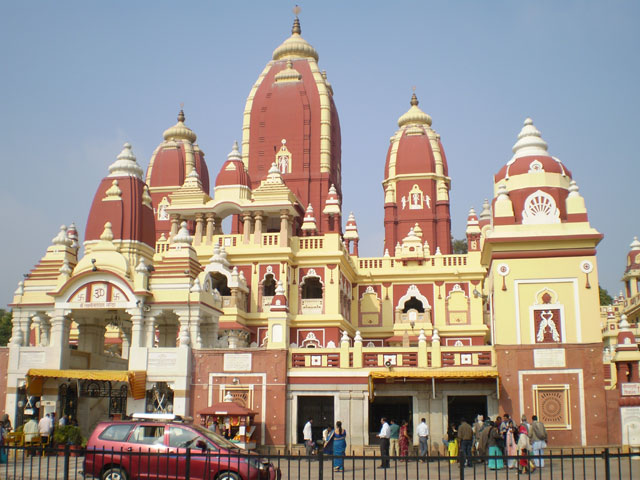 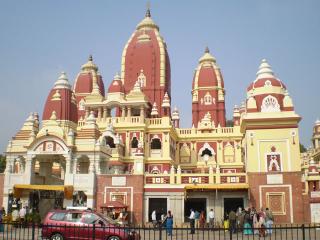 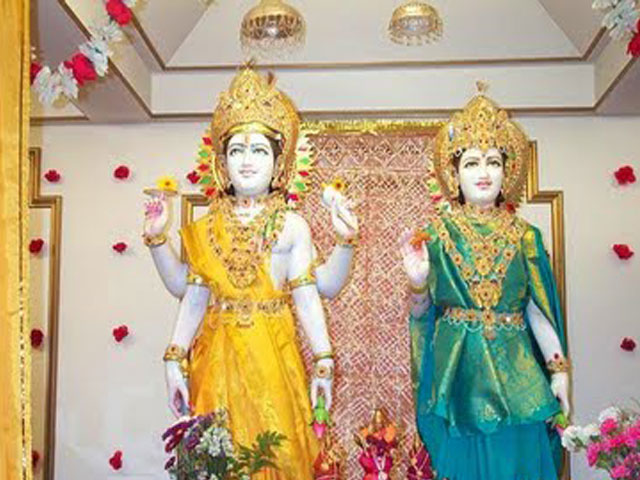 The Lakshmi Narayan Temple or the Birla Temple as it is popularly known enshrines Lord Vishnu – the preserver of the Hindu Trinity. The Temple is one of the major attractions of the capital city - Delhi.

The Laxminarayan Temple known as the Birla Mandir is a Hindu temple dedicated to Laxminarayan. The temple is built in honour of Laxmi (Hindu goddess of wealth), and her consort Narayana (Vishnu, Preserver in the Trimurti).The temple is adorned with many shrines, fountains, and a large garden. The temple is one of the major attractions of Delhi and attracts thousands of devotees on the Hindu festivals of Janmashtami and Diwali. It is the first of the temples built across the country by the industrial family of Birla.The temple was built in 1622 by Vir Singh Deo, and renovated by Prithvi Singh in 1793. During 1933-39, Laxmi Narayan Temple was built by Baldeo Das Birla of Birla family. Thus, the temple is also known as Birla Temple. The famous temple is accredited to have been inaugurated by Mahatma Gandhi in 1939. At that time, Mahatma Gandhi kept a condition that the temple would not be restricted to the Hindus and people from every caste would be allowed inside. Since then, funds for further renovations and support have come from the Birla family. The temple is designed in the Orissan style, with tall curved towers capped by large amalakas (circular ribbed motif at the summit of a temple tower). The exterior is faced with the white marble and red sandstone typical of Delhi’s Mughal architecture. The interior court is overlooked by two-storey verandahs on three sides; there are gardens and fountains at the rear. The profusion of sculptures, idols, spires and jalis, the Birla Mandir in Delhi is also considered as splendor in terms of its architecture.