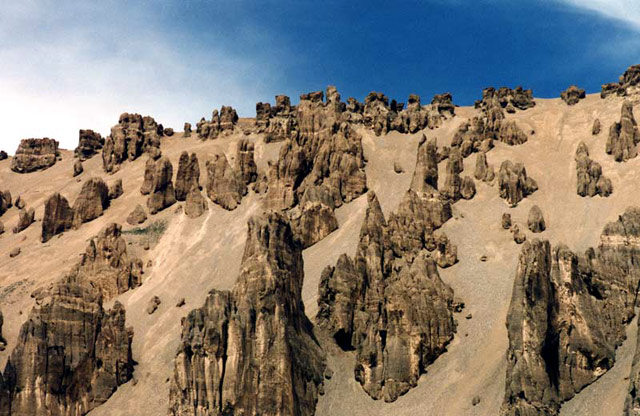 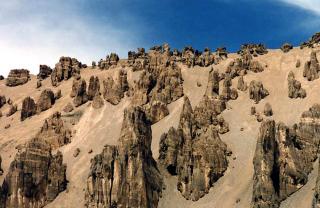 The village of Lamayuru (3390m) is home to the most famous, spectacularly set and the oldest known monastery in Ladakh, dating back to 10 Century. The gompa is said to have been founded by the Indian scholar Mahasiddha Naropa in the 11th century, on the site of a dried-up lake. Narapo spent many years in meditation here. The monastery belongs to Drikung, suborder of the Kagyu sect of Tibetan Buddhism. Drikung Kagyu Lineage was founded by Jigten Sumgon (1143-1217), whose master was Gambopa, the main disciple of Milarepa. The current head of Drikung order is HH Chetsang Rinpoche. In 16 Century, the monastery was declared a holy site by the rulers of the land, and so even criminals could seek sanctuary here. Lamayuru is host to two annual masked dance festivals; in the second and fifth months of the Tibetan lunar calendar, called Yuru Kabgyat.. Around 200 monks live inside the monastery.

Attractions in Lamayuru, around and from Lamayuru