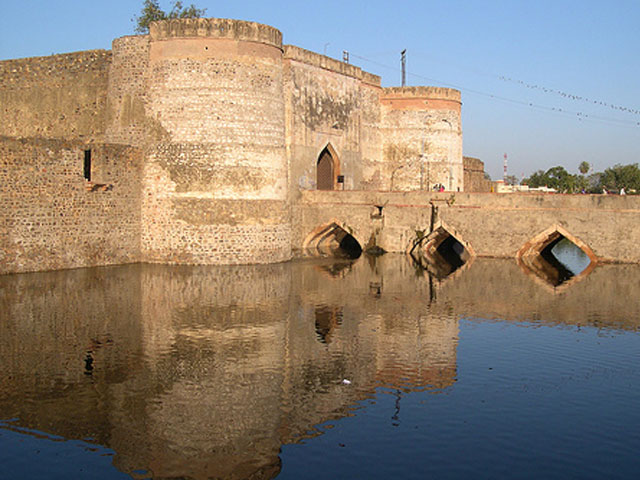 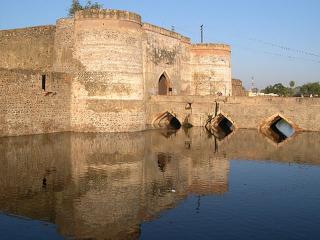 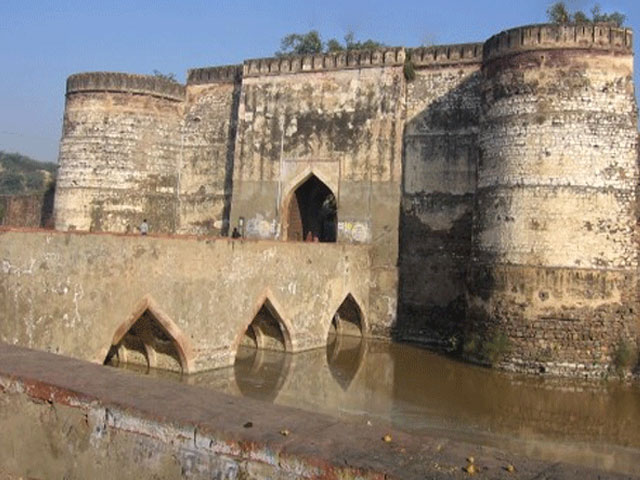 This fort withstood an attack by British; built in 18th century this massive iron structure was built to defend the British attack.

This fort withstood an attack by British; built in 18th century this massive iron structure was built to defend the British attack. The lay out of the fort was designed by the founder of Bharatpur, Maharaja Suraj Mal. The fort has three palaces within its complex- Kishori Mal, Mahal Khas, Kothi Khas. It occupies the entire small artificial island in the center of the town. Lohagarh Fort (Iron fort) is situated at Bharatpur. One of the strongest ever built in Indian history. The inaccessible Lohagarh fort could withstand repeated attacks of British forces led by Lord Lake in 1805 when they laid siege for over six weeks. Having lost over 3000 soldiers, the British forces had to retreat and strike a compromise with the Bharatpur ruler. Of the two gates in the fort, one in the north is known as Ashtdhaatu (eight metalled) gate while the one facing the south is called Chowburja (four-pillared) gate. It is very different from the other forts in Rajasthan state, there is no flamboyance associated to fort but it generates an aura of strength and magnificence. The fort is surrounded with moat which was previously filled with water to ward off the enemy attacks. The sandy ramparts were strengthened by sandy battlements, thus the enemy guns proved of no avail. Moti Mahal and towers like Jawahar Burj and Fateh Burj were erected to commemorate the victory over the Mughals and the British army . The Gateway has paintings of huge elephants.