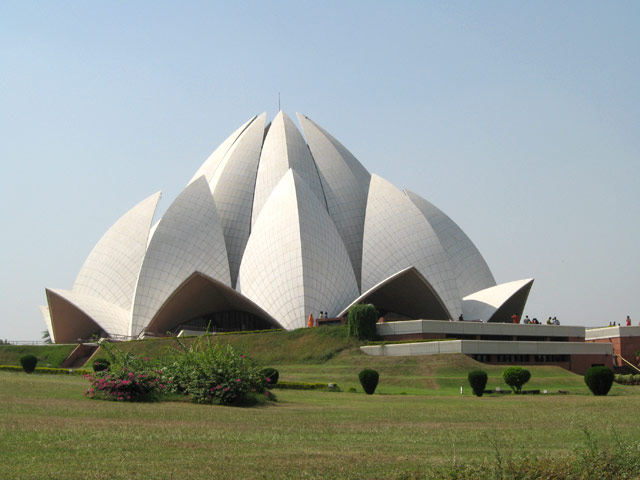 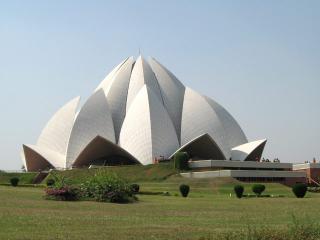 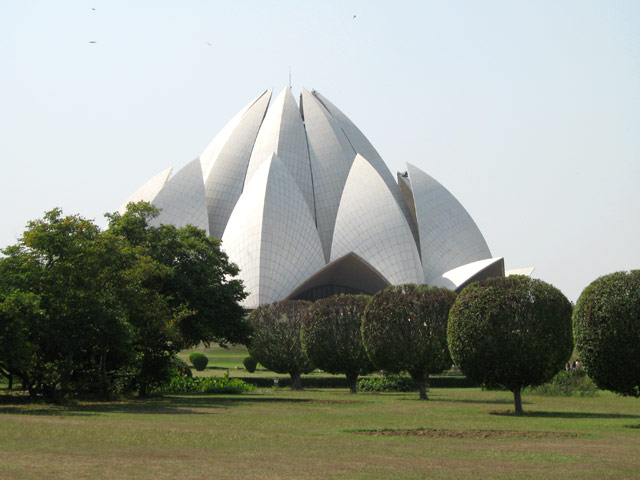 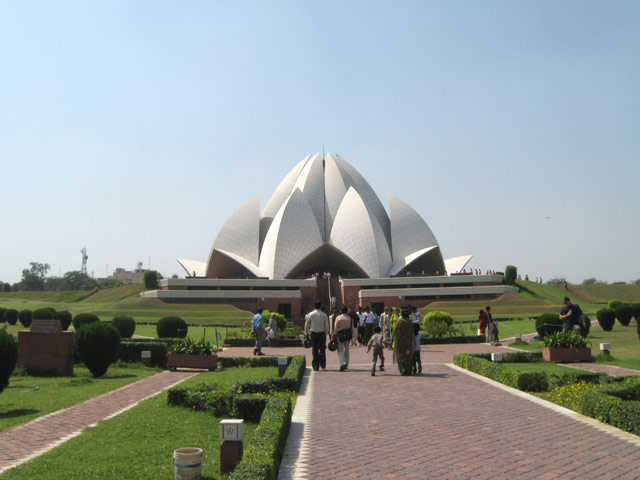 Last of the seven Bahai's Temple

Lotus Temple has an amazing spiritual ambience, visitors arrive here right from the morning everyday. Lotus temple is built in the shape of a lotus flower and is the last of seven Major Bahai's temples built around the world. Completed in 1986, it is set among the lust landscaped gardens. The structure is made up of pure white marble. The architect Furiburz Sabha chose the lotus as the symbol common to Hinduism, Buddhism, Jainism and Islam. This temple has become one of the most visited structures in India. The Lotus Temple is on a high-perched pedestal, and the structure which looks like a Lotus' looks over vast green lawns which cover an expansive 26 acres of land. the Lotus Temple represents a blend of beauty and purity and the presence of divinity. But other than just being ethereal in its structure, the temple is also a masterpiece of technological dexterity of its engineers. When the construction of the temple began there were no sophisticated equipments, design was complex but the engineers took up the challenge and built this amazing temple and its surroundings. The temple got international recognition in 1987 when the International Federation for Religious Art and Architecture awarded the temple with the title of "excellence in religious art and architecture for 1987". The temple is at its most exuberant best when the sun dazzles these lotus petals. While entering you'll have to remove your shoes and keep silence.