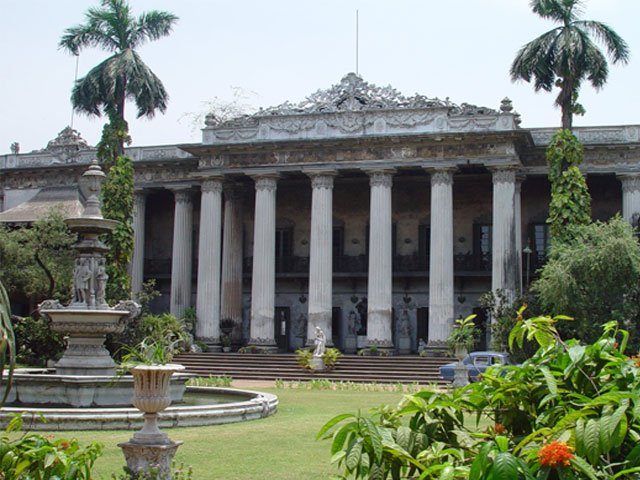 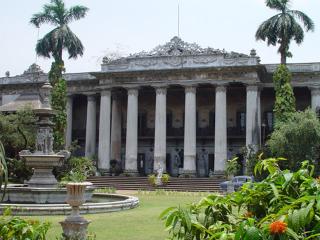 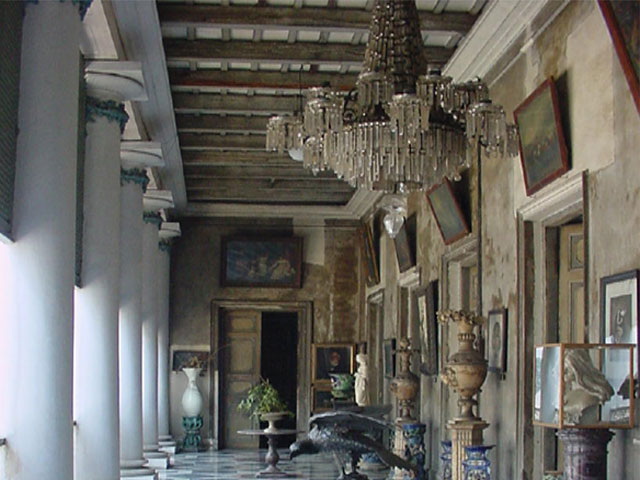 The mansion is famous for its marble walls and floors, from which its name derives. The house was built in 1835 by Raja Rajendra Mullick, a wealthy Bengali merchant with a passion for collecting works of art. The house continues to be a residence for his descendants, and the current occupants are the family of Raja Rajendra Mullick Bahadur. Raja Rajendra Mullick was the adopted son of Nilmoni Mullick, who built a Jagannath temple which predates Marble Palace, and still stands within the premises, but is only accessible to members of the family. Because Marble Palace remains a private residence, photography is prohibited. Entry is free, but a permit must be obtained 24 hours in advance from the West Bengal Tourism Information Bureau at BBD Bag, Kolkata. Inside the house, there are guides who give visitors a tour of the house, although the parts of the house which are still inhabited remain off-limits. Marble Palace is open from 10am to 4pm on all days except Mondays and Thursdays.