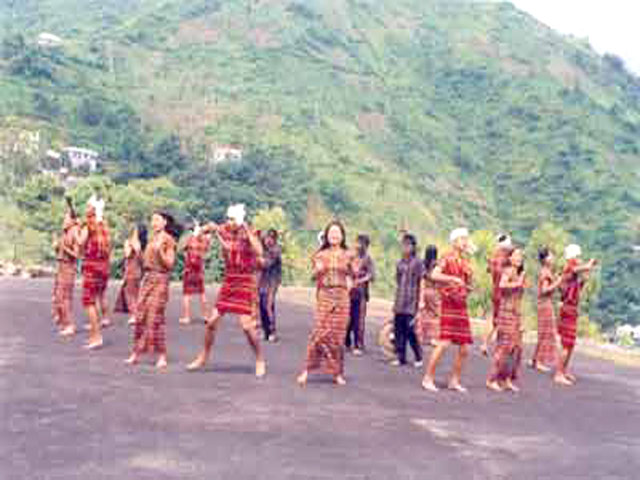 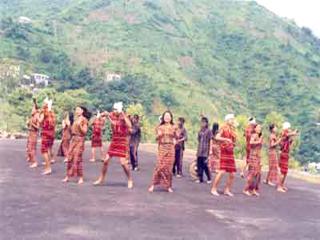 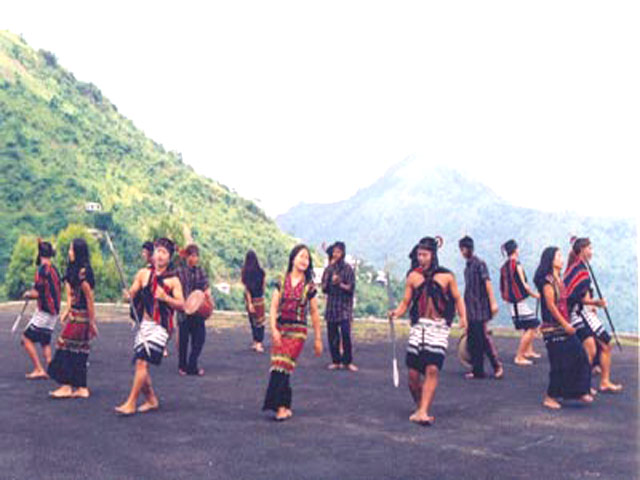 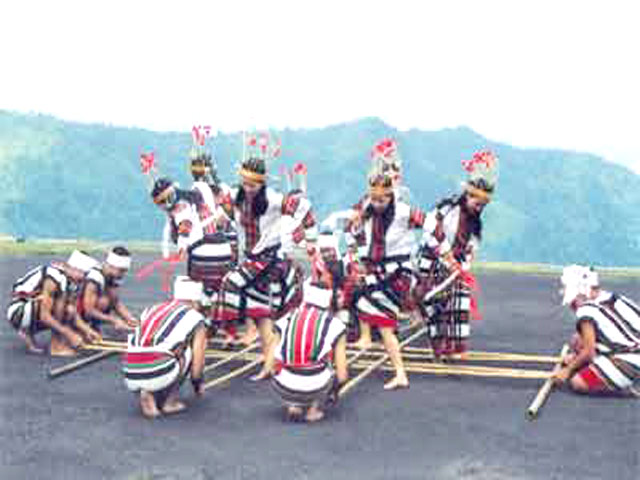 Located in the northeastern part of India. It is bound by Assam and Manipur in the north, Myanmar in the east and south and Tripura and Bangladesh in the west. The Tropic of Cancer passes through the middle of Mizoram and therefore the climate of this area is neither very cold in winter nor very hot in summer, The State has thick bamboo forests and boasts of a number of streams and rivers. Wild animals found in the State, The Christians make up a solid 84% of the Mizo population while 7% are Hindus and 1% Muslims. Mizos are very fond of music, singing and dancing. Among many other festivals, Chapchar Kut, a three-day spring festival celebrated during the month of March is the most popular festival. In this festival, people young and old, men and women dressed in their colourful costumes and headgears perform various folk dances to the tune of drums, gongs and cymbals.
Mim Kut celebrated during August-September and Powl Kut during December are harvest festivals and also involve singing and dancing.

Attractions in Mizoram, around and from Mizoram