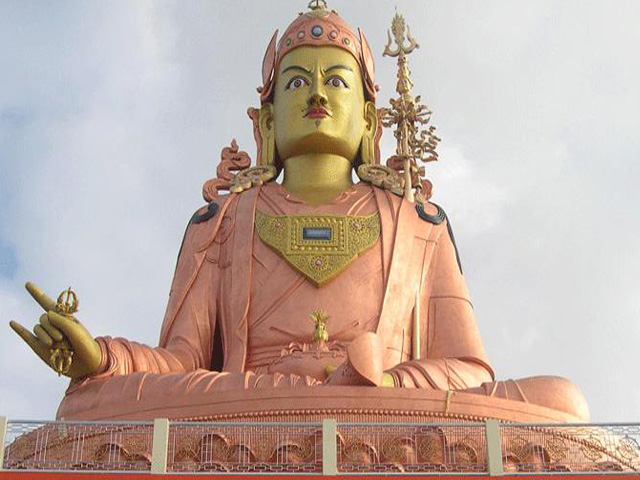 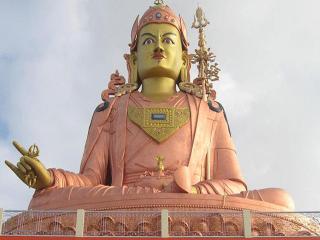 Samdruptse which translates as "The wish fulfilling hill" in local Bhutia language is a short distance uphill from Namchi town, on the hill stands a 45mts tall giant statue of Guru Padmasambhava, shimmering in gold gazing upon the town and the hills beyond. This statue can be seen from many places in South Sikkim and Darjeeling, this engineering marvel was founded in 1997 and the foundation stone was laid by His Holiness the 14th Dalai Lama on 22-10-1997. With the hard effort of 1000 laborers and highly experienced engineers and architect, this remarkable sculpture took nearly three years to complete.