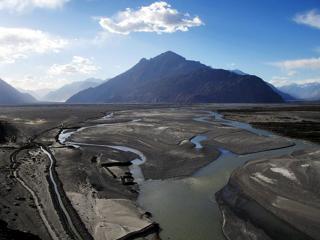 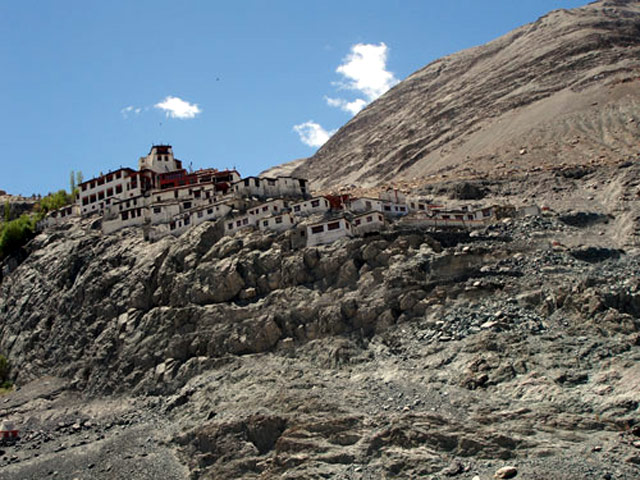 The valley of flowers

The Nubra Valley in Ladakh is one of the most bizarrely beautiful high-altitude valley on the Nubra and Shyok rivers. It is the most Northerly point that a tourist can visit in India, close to the border with Pakistan and Tibet, China. Around 150km away from Leh, the road climb up on a seemingly never-ending boulder-strewn road that takes you through the snowline and eventually peaks at the dizzy heights of 18380ft (5602m), considered the highest road in the world. Only parts of the road are paved as the extreme winter weather and avalanches makes keeping the road drivable nearly impossible. At the pass, take a quick break and take in the incredible view of the Karakoram mountain-range that forms the border with Pakistan and China. After that it’s a long descent through starkly beautiful terrain until you arrive in the valley itself. The climate in the valley is a little milder than the rest of Ladakh and you’re treated to the most strangely mixed landscape. The valley is cradled between two mighty mountain ranges with peaks over 6000m on either side. The valley itself is a mix of desert sand dunes and green oasis villages that tumble down the hillsides. Herds of Yak, double-humped Bactrian Camels, sheeps and goats graze side by side. Upon arrival, the first village is Khalsar (3020m). After Khalsar, the road then splits; the left road goes towards Diskit and Hunder following the Shylok river and the road on the right heads north to Samur Village, Panamik and beyond . Diskit Gompa monastery, the oldest in the valley hangs from the edge of a cliff, above a pretty village is particularly spectacular. Between Diskit and Hunder is an area of sand dunes, quite like the Sahara. The village of Hunder is small and attractive, located just on the edge of the sand dunes. In the north, the Sumur(3096m) is a major village along the Nubra river side worth exploring with few monasteries nearby, notably the Samstemling Gompa. Panamik is noted for its hot springs but for tourists, perhaps more so as the last northerly point a tourists can visit in India. People of the Nubra are of mixed Tibetan and Central Asian origin and speak varieties of the Balti languages.

Attractions in Nubra, around and from Nubra