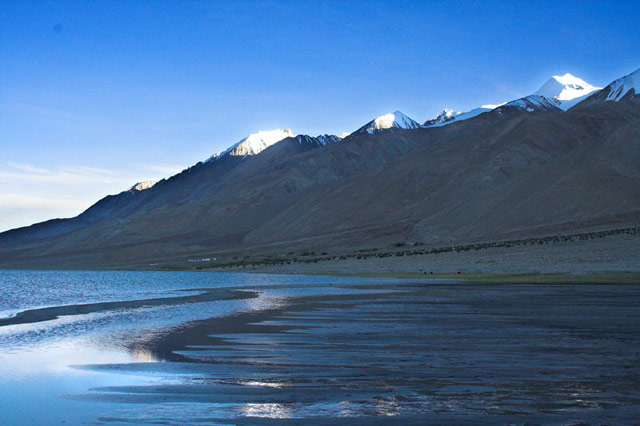 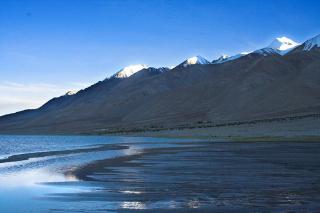 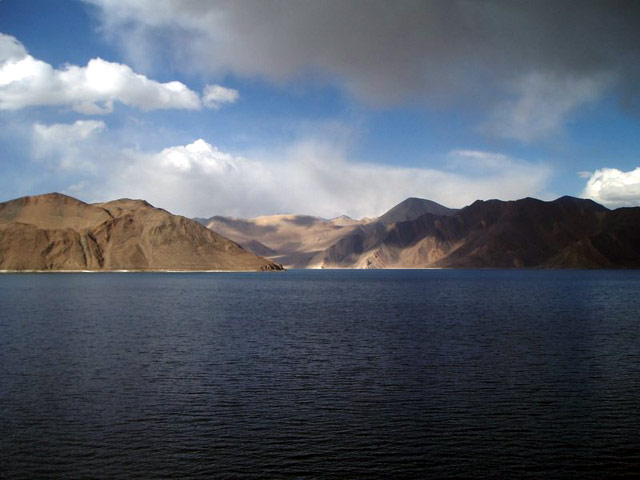 Pangong Tso Lake, the largest Brackish lake in Asia is situated at a height of about 4,250 m (13,900 ft), is around 134 km long, much of which extends into Tibet. The lake is 5 km (3 mi) wide at its broadest point. In the sun, the lake is a deep shimmering blue and green backed by barren tan-colored mountain with snows depending on the season, the sight that is stunningly beautiful and pristine. Tourists are allowed only as far as Spangmik, about 7km along the south west shores, but the journey to get here and the views are certainly enough reason to come here. Pangong Tso can be reached in a five-hour drive from Leh (around 160km), most of it on a rough and dramatic mountain road, traversing Changla pass (5289m/ 17800ft). The spectacular lakeside is open during the tourist season, from May to September. The lake acts as an important breeding ground for a variety of birds including a number of migratory birds, such as the rare black-necked crane. Spangmik and a scattered tiny villages along the lake's southern shore are the summer homes of a scanty population of Chang-pa, the nomadic herds people of Tibet and south-east Ladakh. There are small hostels and tent camp hotels in the village of Tangtse, some 40km from the lake.