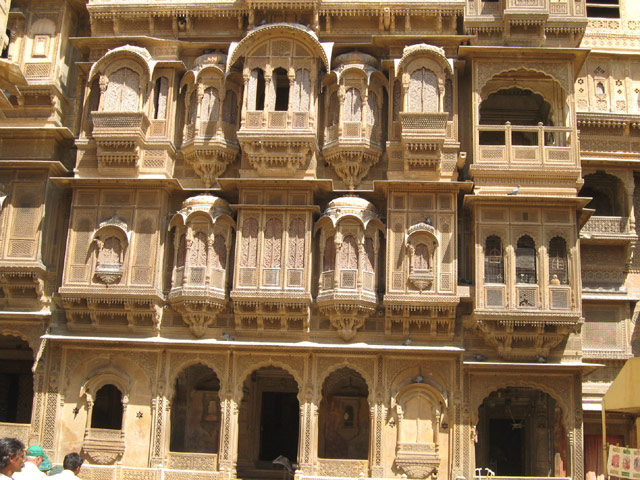 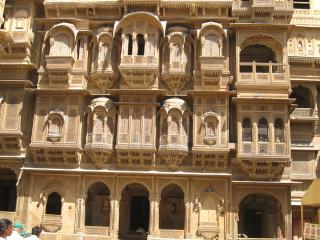 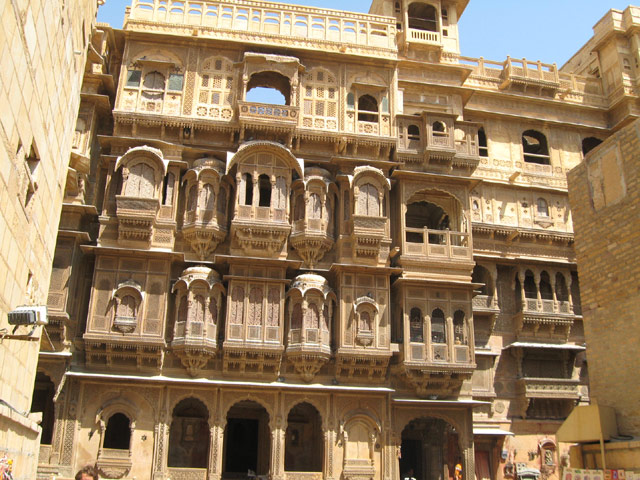 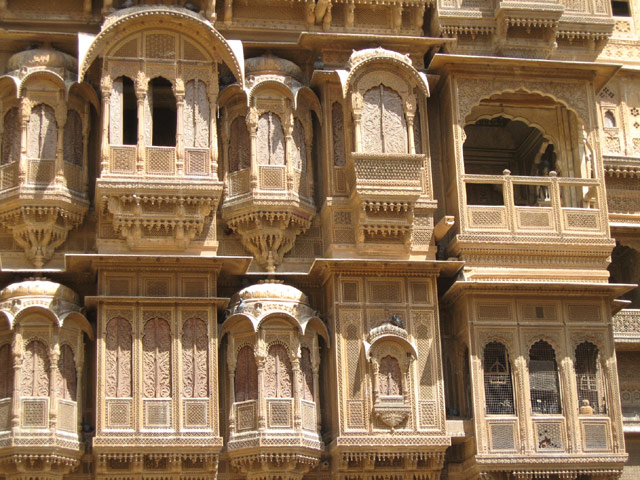 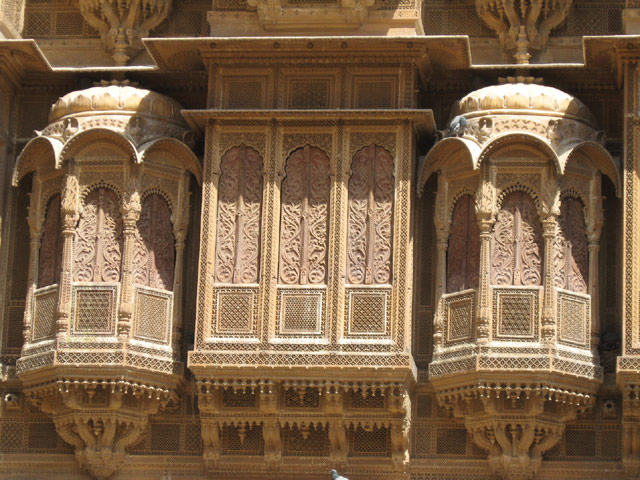 This is one of the largest and most elaborate Haveli in Jaisalmer and stands in a narrow lane. It is five storeys high and is extensively carved.

This is one of the largest and most elaborate Haveli in Jaisalmer and stands in a narrow lane. It is five storeys high and is extensively carved. Haveli is divided into six apartments, two owned by archaeological Survey of India, two by families who operate craft-shops and two private homes. The first among these havelis was commissioned and constructed in the year 1805 by Guman Chand Patwa and is the biggest and the most ostentatious. It is believed that Patwa was a rich man and was a renowned trader of his time. He could afford and thus ordered the construction of separate stories for each of his 5 sons. These were completed in the span of 50 years. All five houses were constructed in the first 60 years of the 19th century. The havelis are also known as the 'mansion of brocade merchants'. This name has been given probably because the family dealt in threads of gold and silver used in embroidering dresses. However, there are theories, which claim that these traders made considerable amount of money in Opium smuggling and Money-lending. The other important aspects are its gateways and arches. You will notice individual depictions and theme on each and every arch. Although the whole building is made yellow sandstone, the main gateway of the Patwon Ji ki Haveli is in brown color. There are remnants of paintings on some of the inside walls as well as some mirror work.