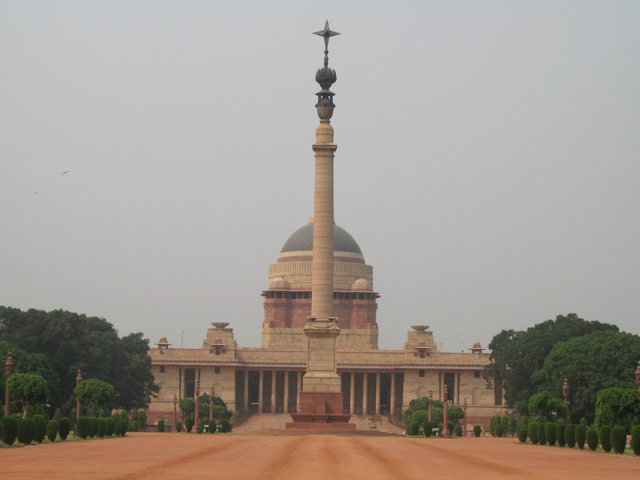 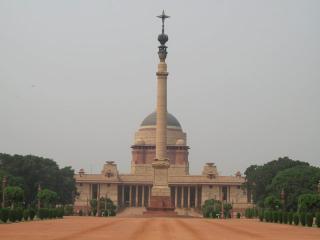 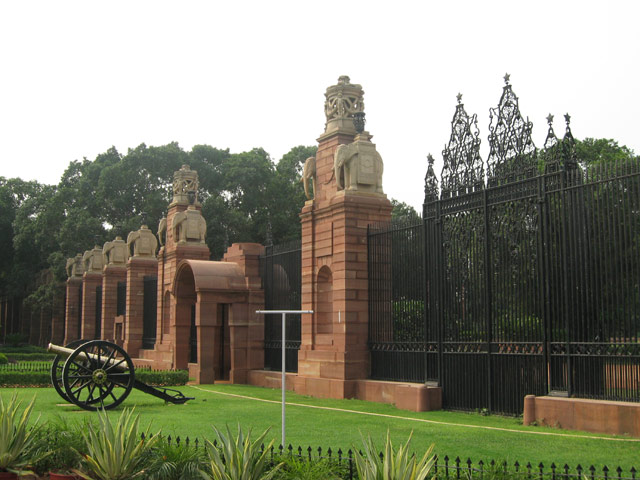 Formely the Viceregal Lodge, the building is the highlight of Lutyen's New Delhi and was completed in 1929 at a cost of 12,53,000 pound sterling. Located in an area of 130 hectares, the palace has 340 rooms. At one time, 2,000 people were required to look after the building and serve the Viceroy's household. The lodge also has impressive garden called the Mughal Garden, which is open to public twice in a year, usually in February and March.

The Rastrapathi Bhawan is the official residence of the President of India and is located in New Delhi. Until 1950, before India declared itself a republic, it was known as the residence of the Governor-General of India. The design of this building was commissioned to Edwin Lutyens. Lutyens mixed his classic design with Indian influences. However, due to budget restrictions and committee compulsions, Lutyens could not build it the way he wanted to.Various circular stone basins were built on the top and friezes were added. On the eastern side there are twelve unevenly spaced columns which have a fusion of acanthus leaves with the four suspended Indian bells. The building covers an area of 130 hectares and has about 340 rooms. It also had a garden which is called the Mughal Garden. The garden is divided in to a network of squares by 4 channels that run is different directions. At the crossing of these channels, there are about 6 lotus shaped foundations, which creates wonderful murmurs and the water rises up to 12 feet. One can see two large lawns both of which vary is shape and size.