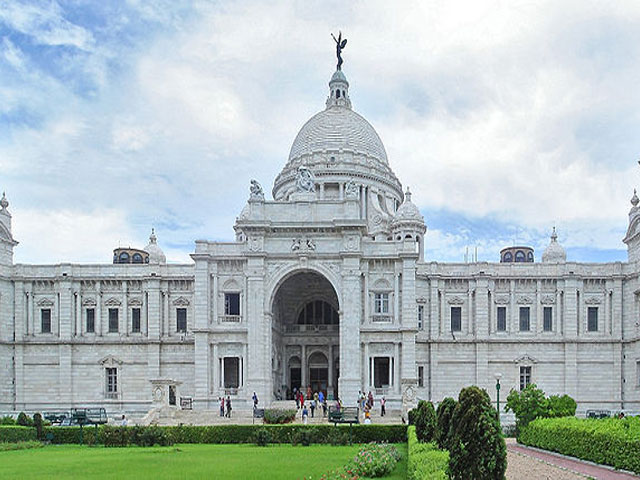 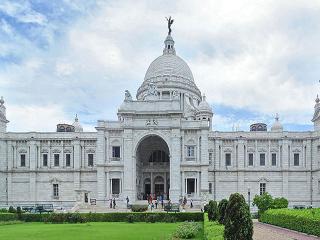 The Raj Bhavan is not just a heritage building. It is Kolkata’s outstanding landmark evoking the past and sublimating it.

Raj Bhavan, Kolkata, the erstwhile Government House, used to be the seat of British imperial power. Built in the years 1799-1803 when Marquis Wellesley was the Governor General, this historic and magnificent building was designed on the lines of Kedleston Hall in Derbyshire, the ancestral house of Lord Curzon who later lived here as the Viceroy and the Governor General exactly 100 years after Wellesley. This three-storied building with a magnificent central area consisting of large halls has curved corridors on all four sides radiating to detached wings, each constituting a house in itself. Raj Bhavan, Kolkata, was built over 1799 and 1803. The total area occupied by the Raj Bhavan is 27 acres. The Raj Bhavan building has 84,000 sq.ft of floor space. The residential suites are in the four corners of the second floor while the main suite - the Prince of Wales suite-used by visiting dignitaries, on the first floor North West. In the ground floor the central area is called the Marble Hall. The first floor central area consists of the Throne Room, Banquet Hall and the Blue Drawing and Brown Dining Rooms. On the first floor, North East corner has the Council Chamber, in which major Government decisions were made during British rule. The second floor has the Governor's apartments and the Ball Room.