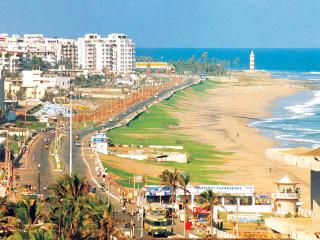 It is one of the most prominent beaches on the East Cost. It is the most happening place in Visakhapatnam one of the crowed pullers in the city. It is commonly called as R K Beach, which derives its name from the Lord Ramakrishna Mission. The important landmarks in the city.