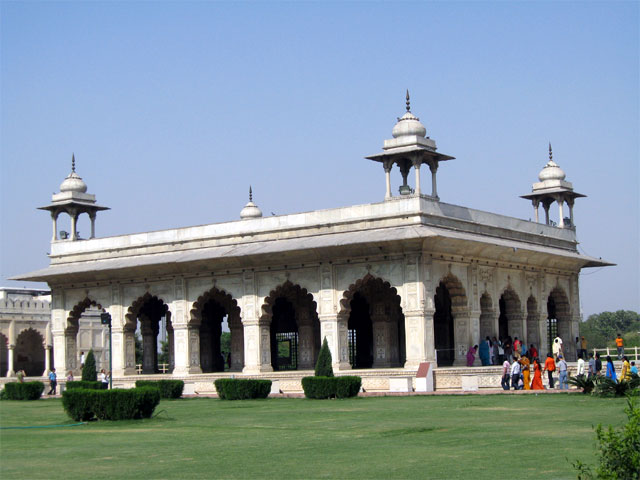 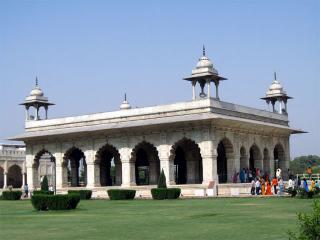 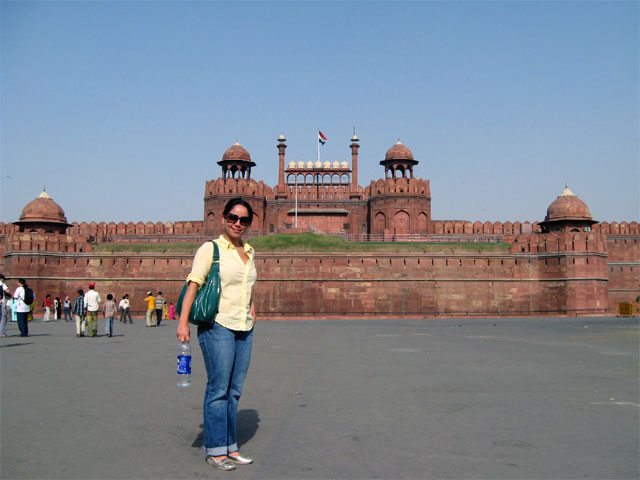 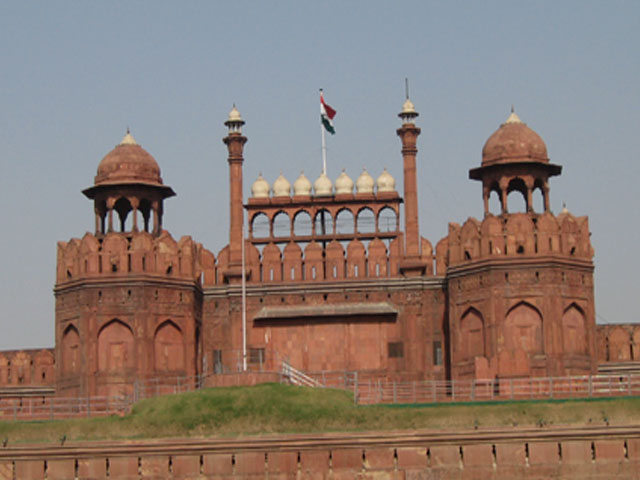 One of the most spectacular pieces of Mughal Architecture is the Lal Quila or the Red Fort. Built by the Mughal emperor, Shah Jahan between 1638 and 1648, the Red Fort has walls extending up to 2 kms. in length with the height varying from 18 mts. on the river side to 33 mts. on the city side.

The Red Fort also known as Lal Qila is a 17th century fort complex constructed by the Mughal emperor Shah Jahan in the walled city of Old Delhi (in present day Delhi, India). It served as the capital of the Mughals until 1857, when Mughal emperor Bahadur Shah Zafar was exiled by the British Indian government. The entry to this splendid fort is from the Lahori Gate or the Chatta Chowk. Lal Quila is now a busy market place called the 'Meena Bazaar'. The Fort sports all the obvious trappings befitting a vital centre of Mughal governance: halls of public and private audiences, domed and arched marble palaces, plush private apartments, a mosque, and elaborately designed gardens. Red Fort showcases the very high level of art form and ornamental work. The art work in the Fort is a synthesis of Persian, European and Indian art which resulted in the development of unique Shahjahani style which is very rich in form, expression and colour. Red Fort, Delhi is one of the important building complexes of India which encapsulates a long period of Indian history and its arts. Its significance has transcended time and space. It is relevant as a symbol of architectural brilliance and power. Even today, the Fort remains an impressive testimony to Mughal grandeur.