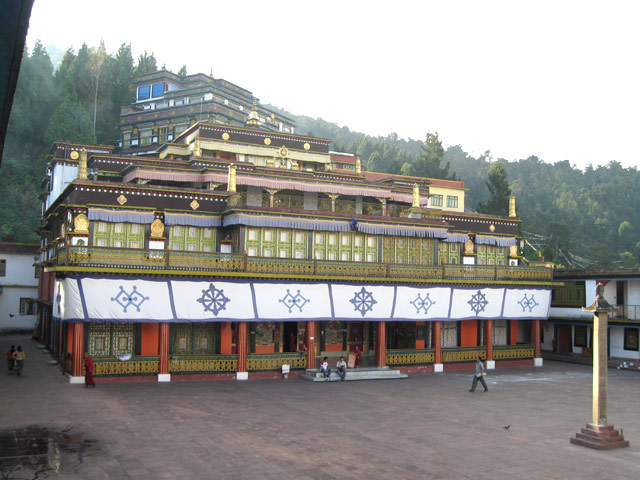 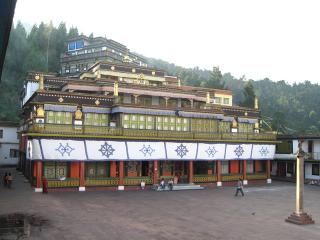 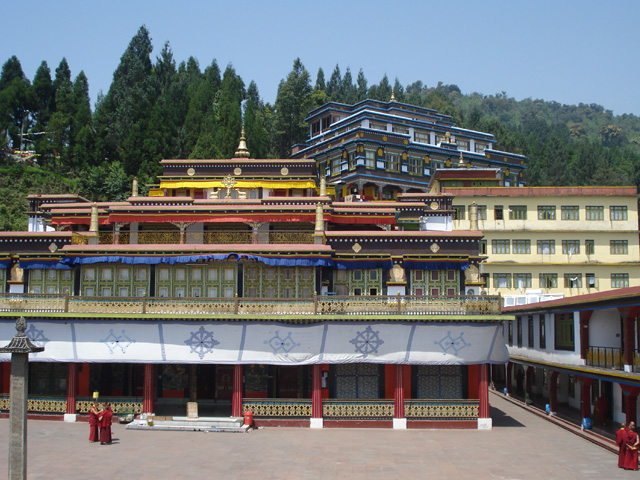 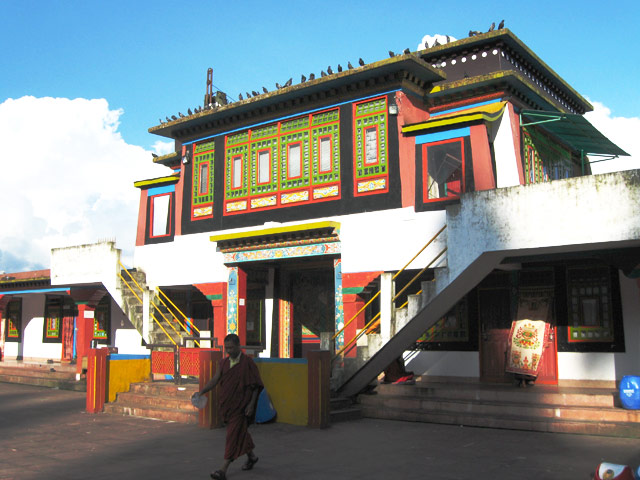 Rumtek at around 1500m is located 24km away and on the hill, opposite of Gangtok. The monastery is currently the largest in Sikkim. It is home to the community of monks that practice Karma Kagyu lineage. The original building was first built by 9th Karmapa in 16th century. It was later reconstructed by the 16th Karmapa and inaugurated in 1966. The sacred items and relics were brought from Tsurphu, Karmapa's seat in Tibet, and installed here. A Golden Stupa contains the relics of the 16th Karmapa. Opposite that building is a college for Higher Buddhist Studies. Surrounding Rumtek Dharma Chakra Center is the stupa walkway, where monks, pilgrims, and visitors alike perform kora. Rumtek was at the center of the Karmapa controversy with a lengthy battle being played out in the Indian courts. Two rival organizations, both supporting different candidates for the 17th Karmapa claimed stewardship of the monastery and its contents.