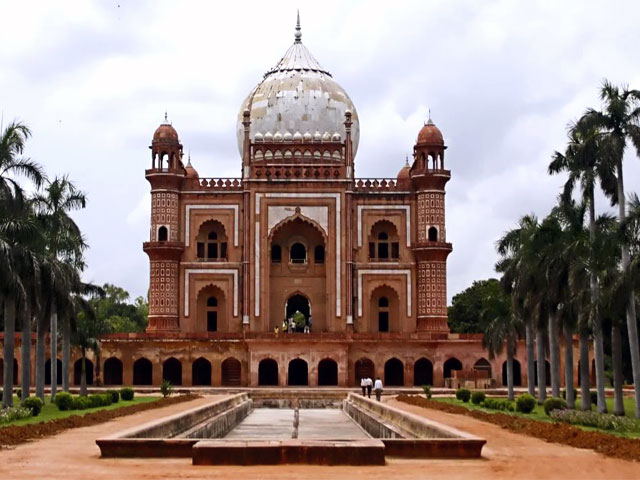 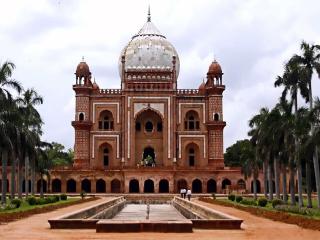 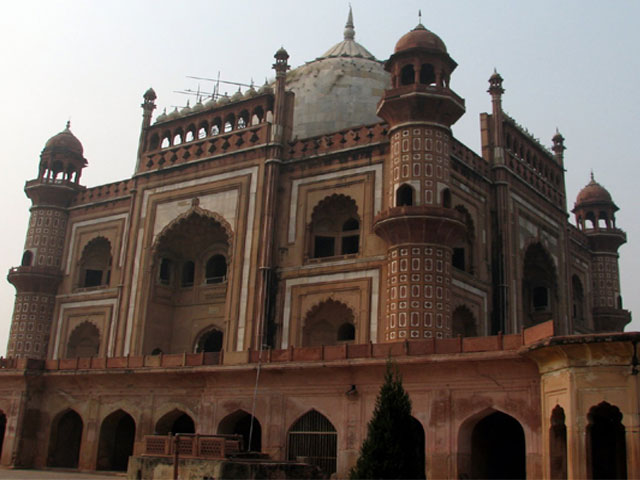 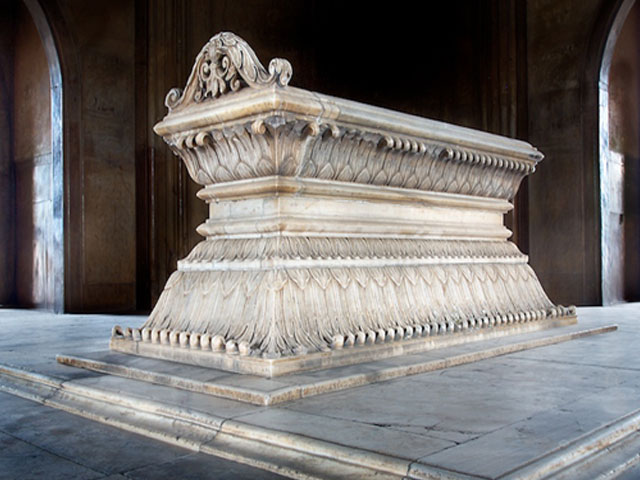 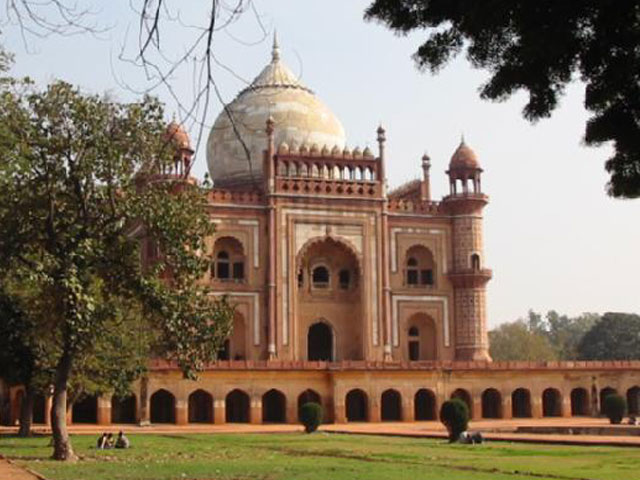 Safdarjung's Tomb the last garden tomb in the city, built in the year 1753-54.The red sandstone and buff stone monument comprises of the tomb, the courtyard and a mosque.

Safdarjang's Tomb stands in the centre of an extensive garden. located in New Delhi. Built in 1753 by Nawab Shauja-ud-Daula to house the remains of his father, who was a minister in the Mughal court, the tomb is referred to as the "last flicker in the lamp of Mughal architecture." It shows how the grace and simplicity of he Mughals had been overtaken by decadence. The tomb also has a mosque. Safdurjung's Tomb, as the name suggests is a mausoleum which is built out of red and off-white stones and is about 18.28 sq meters in height. Safdurjung, whose original name was Mirza Muqim Abul Mansur Khan, was the prime minister of the Mughal emperor Muhammad Shah. In 1754, Shuja-ud-Daula, the son of Safdurjung, built this tomb in memory of his late father. There is a square of eight apartments at the centre. This central chamber has the cenotaph. Painted plasterwork adorns the ceilings of the tomb. Four water canals lead to four buildings standing there, At the corners there are octagonal towers. The garden on which this tomb stands covers an area of 300 sq. m. The whole garden is divided into 4 squares by paths and tanks. The 4 squares are further divided into smaller squares. On all side of the tomb there are multi-chambered pavilions. It also houses a large courtyard and a mosque. All of the pavilions have names like Jungli Mahal and the Moti Mahal. Right over the main gateway, the Archeological Survey of India has its office.