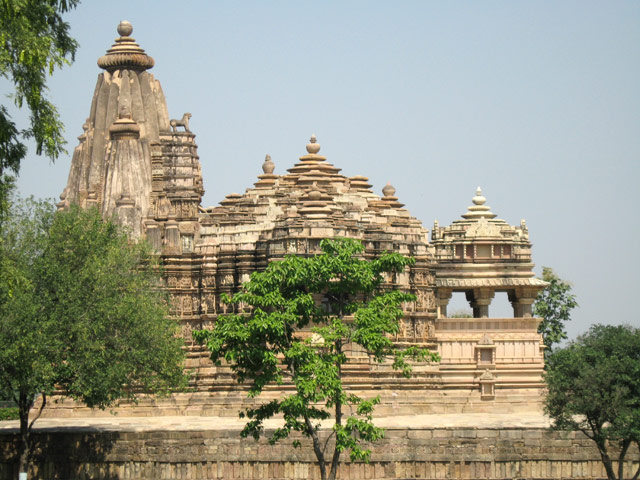 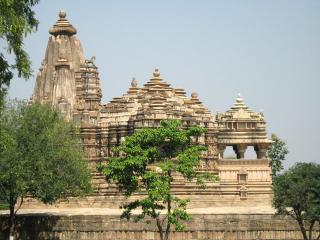 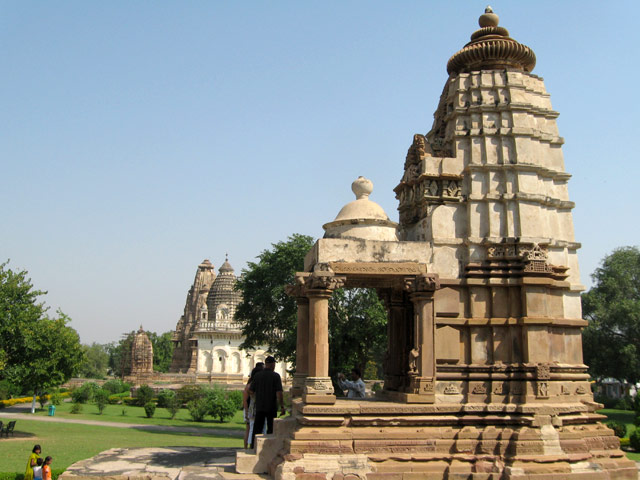 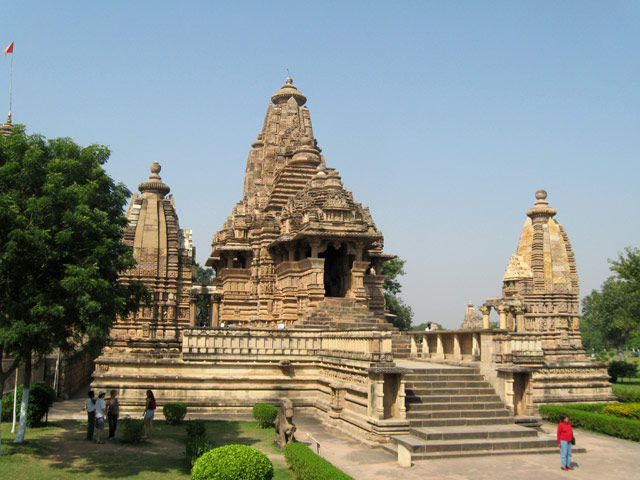 The Southern group of Khajuraho temples consists of only - the Dhuladeo temple, and the Chaturbhuj temple. The former is dedicated to lord Shiva while the latter is dedicated to lord Vishnu. The southern groups of temples lies 5 km from the Khajuraho village. Compared to the other two groups, the western and the eastern groups of temples, this group lacks the sculptural refinement and polish of the earlier shrines. It is because of this reason that it is considered as the least important part of the Khajuraho complex. This group comprises just two temples. The Dhuladeo, located south of the Jain enclosure, was constructed well after the other temples. The Chaturbhuja temple, located much further south, is in a dilapidated condition but proudly sports a finely-rendered 9ft-high statue of Vishnu.

Dulhadeo Temple
Built in circa AD 1100-1150, and dedicated to Lord Shiva, the Dulhadeo temple is situated south of the Khajuraho village. This Shaiva Temple, traditionally known as the temple of Duladeo or 'Kunwar Math', can be located about half a mile south of the Ghantai Temple and the same distance southwest of the Jain group of temples including the Parsvanath temple both of which belong to the eastern group of temples.
Chaturbhuj Temple
The Chaturbhuj Temple belongs to the southern group of Khajuraho temple. Dedicated to Lord Vishnu, it has a massive 9ft high, intricately carved image of Lord Vishnu, in Chaturbhuja (four-armed) form: varada (boon-giving) with his now broken lower right hand, and abhaya with his upper right hand, holds a manuscript along with a lotus stalk in his upper left hand, and possibly a water pot or conch shell in his lower left hand.