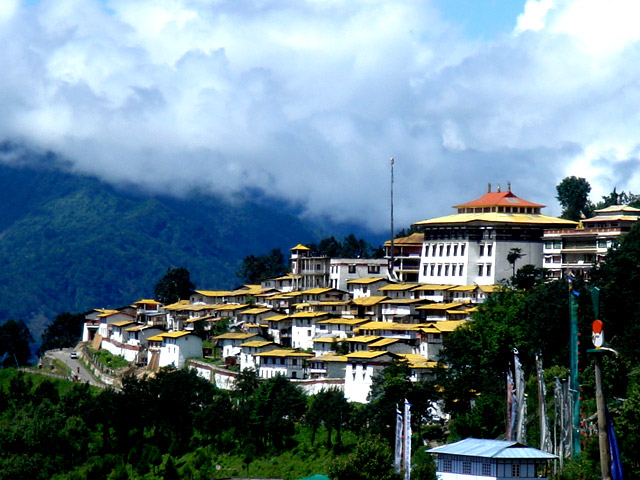 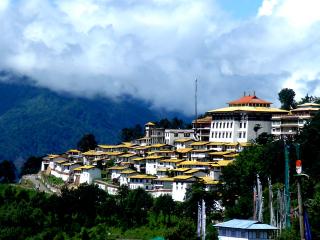 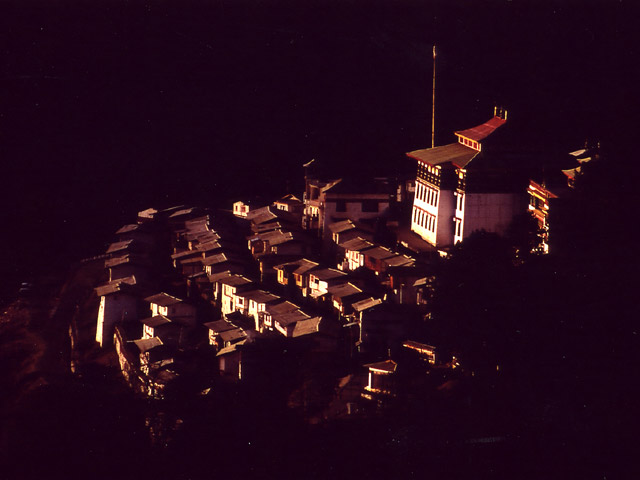 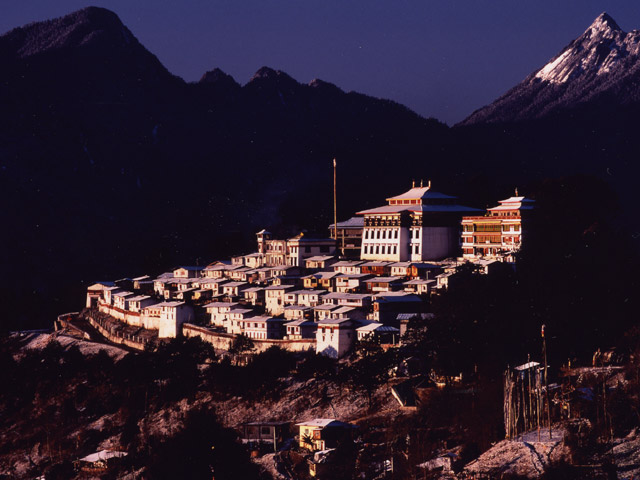 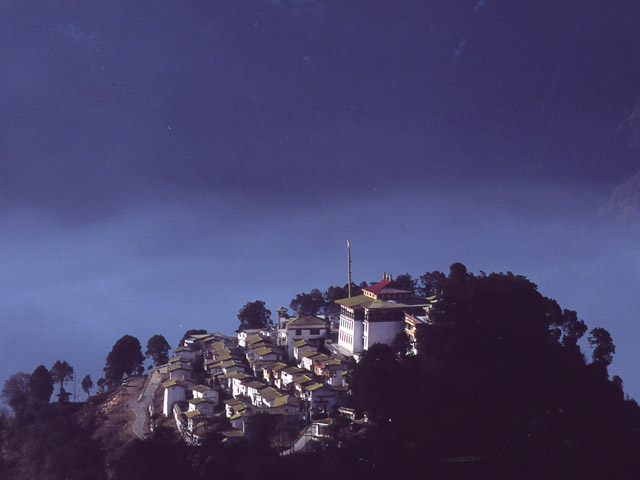 Tawang at an average altitude of 3200m in northwest Arunachal borders the disputed line of control between India and China and also borders Bhutan to the west. With population of about 30,000, the dominant ethnic groups are the Monpas, who once had an independent Mon kingdom that stretched from Tawang up to Sikkim. The Mon kingdom was later absorbed into the control of neighboring Bhutan and Tibet. Tibetan are also found in small scattered numbers throughout Tawang, but their main concentration is in the village of Shyo, which houses about 90 Tibetan families. Takpa, a small tribal group, are found in small, scattered numbers in the West and the North. Most of the people, including the Monpa, Takpa and the Tibetans, practice Tibetan Buddhist. Pre-Buddhist Bon and Shamanist influence is also evident here. The Monpas are by and large farmers or look after livestock such as yaks and sheep. Some of them still practices polygamy and polyandry. The traditional homes of Monpas are large double storied made of stone blocks, bamboo ceiling and wooden shingle roofs. The Monpas are courteous, friendly, hardworking and above all very hospitable.
Tawang is believed to have derived its name from the grandiose Tawang Monastery perched on the edge of the ridge running along the western part of Tawang town. Tawang Monastery was founded by the Merak Lama Lodre Gyatso in 1681 in accordance to the wishes of the 5th Dalai Lama, Nagwang Lobsang Gyatso. It was once the largest Buddhist monastery in India and second-largest in the world. Around 500 monks reside in this monastery, which is almost a walled city with narrow streets of 65 or so stone houses in addition to vast central tower and library. It has a library, a small printing press and even a museum. It was renovated by current Dalai Lama in 1997.
In addition to Tawang monastery, there is a Craft center, Buddhist war memorial, 17 other monasteries and temples scattered around. A steep hike for about half hour behind the Tawang monastery is Gyanggong Ani Gompa nunnery, also founded by Merag Lama Lodre Gyamtso in 17 century, who subsequently handed over to his elder sister. About 5km below the town, on the way to Bomdelling is Urgelling Gonpa established in 14th century. It was one of the first three monasteries built by Urgen Sangpo, the youngest brother of Terton Pempalingpa, the famous Treasure-Revealer. The monastery is also the birth place of Tsangyang Tashi, the 6th Dalai Lama.