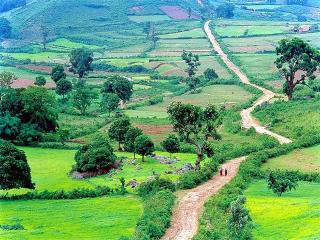 The beautiful city with its twin town Waltair, forms a harmonious blend of majestic hills, valleys and golden beaches along the Bay of Bengal coastline. In the 18th century, Visakhapatnam was part of the Northern Circars, a region of Coastal Andhra that came first under French control and later that of the British. Visakhapatnam became a district in the Madras Presidency of British India.