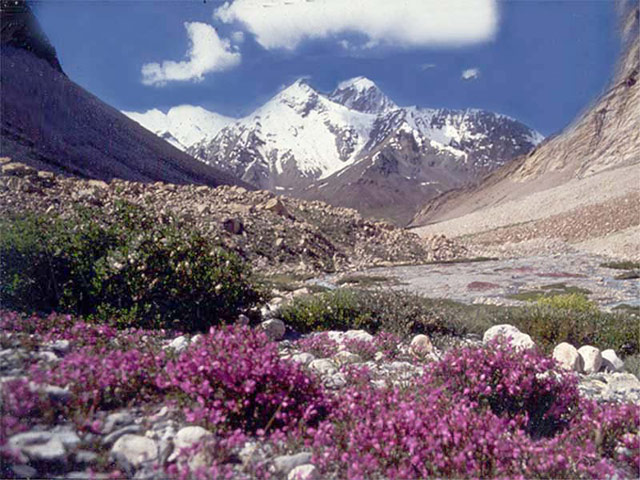 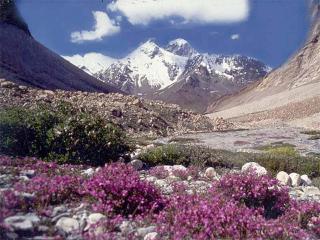 Zanskar is a tri-armed valley system situated between the Great Himalayan Range and the Zanskar mountains, the three arms radiating star-like towards the west, north and south from a wide central expanse. Here the Zanskar River comes into being by the confluence of its two Himalayan tributaries, the Stod/Doda and the Lingti-Tsarap rivers. About 20 kms south-east of Rangdum stands the Panzila axis, across which lies Zanskar, the most isolated of all the trans-Himalayan valleys. The Penzila pass (4,401m) is a picturesque tableland surrounded by snow-covered peaks.