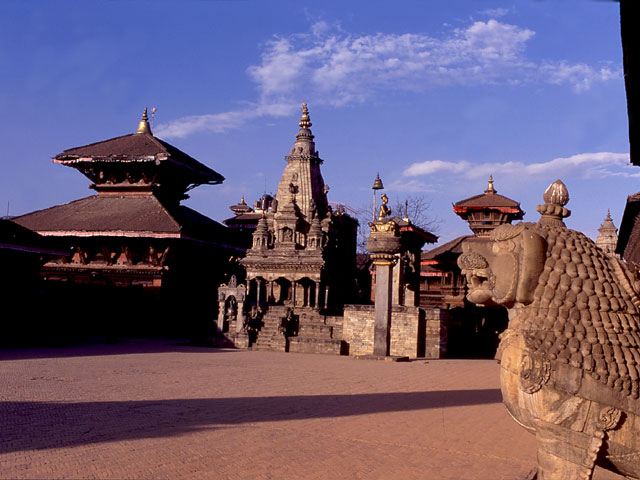 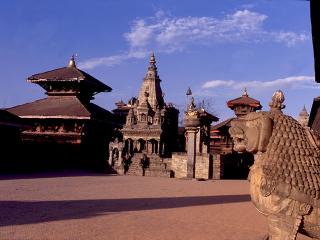 The Malla Palace of Bhaktapur

Bhaktapur Durbar Square is the royal palace of the old Bhaktapur Kingdom. It is one of the UNESCO World Heritage Site in the Kathmandu valley. It is an open museum of medieval art and architecture and a conglomeration of Pagoda and Shikhara style temples grouped around the fifty five window palace. The Square is one of the most charming architectural show piece that highlight ancient arts of Nepal. The major attractions around the area are 55 window palace, Batsala temple, statues of Bhupatindra Malla, Nyatapola temple, Bhairav temple, Golden gate, Lion's gate, Pashupatinath temple etc.

One of the world heritage sites in the country which reflects the city's rich culture, art and architectural design, it is also the central setting of the city for architectural monuments and arts. The golden gate is the entrance to the main courtyard of the Palace of 55 windows; the gate is regarded as the world's most beautiful and richly carved specimens of its kind.