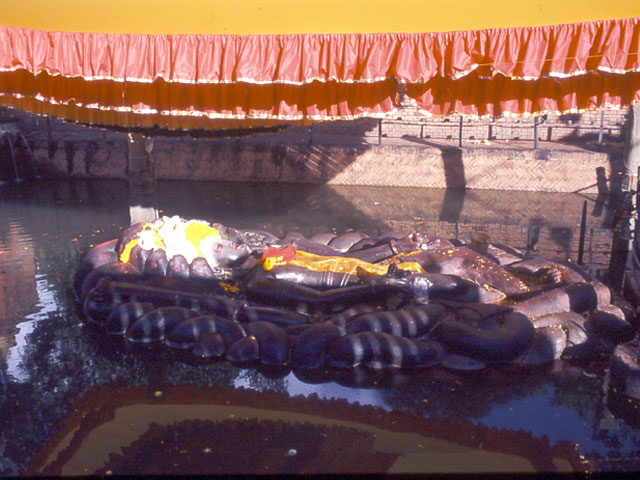 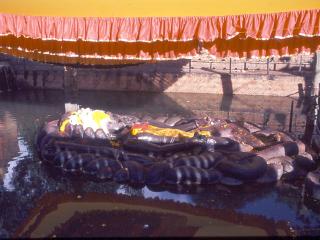 The Budanilkantha is a stone statue of Hindu god lord Vishnu, it is located about 10kms north of the city centre at the base of the Shivapuri hill. It is the largest and the most beautiful stone statue in Nepal.

The statue is about 5m in length and is carved from a single block of black basalt rock. The statue lies in a reclining position, on the twisting coils of the Shesh Naga(king of the serpent) in a pool of water. The legs of lord Vishnu are crossed while his four hands hold the four symbols: a chakra or disc (representing the mind), a conch-shell (the four elements), a lotus flower (the moving universe) and the club (primeval knowledge).