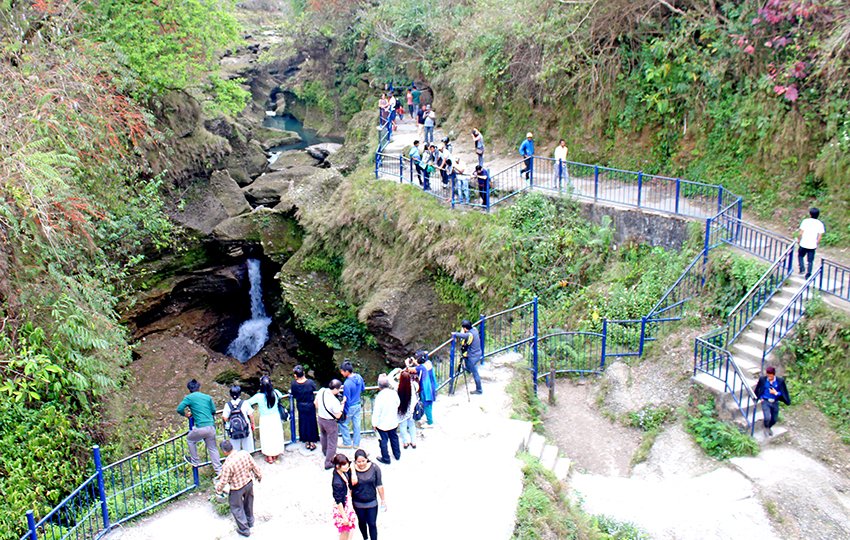 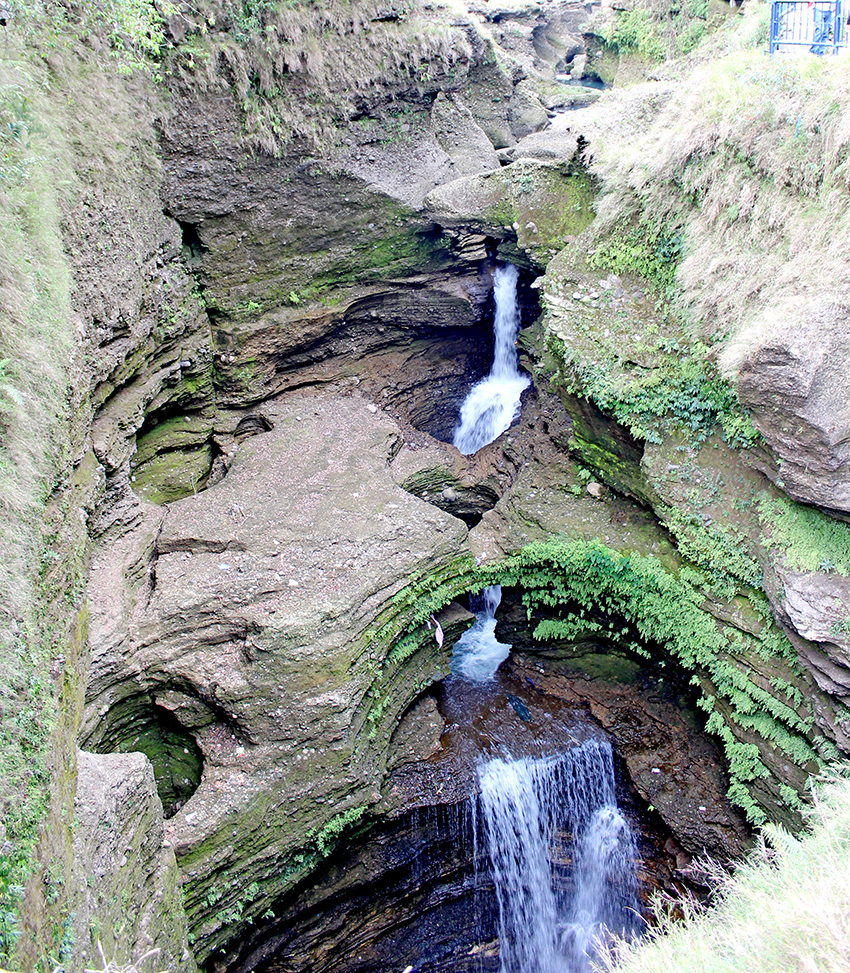 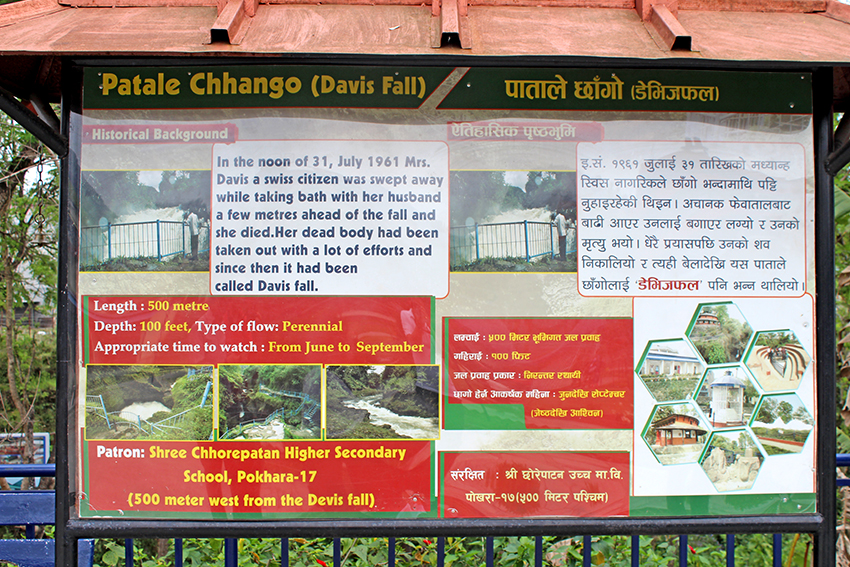 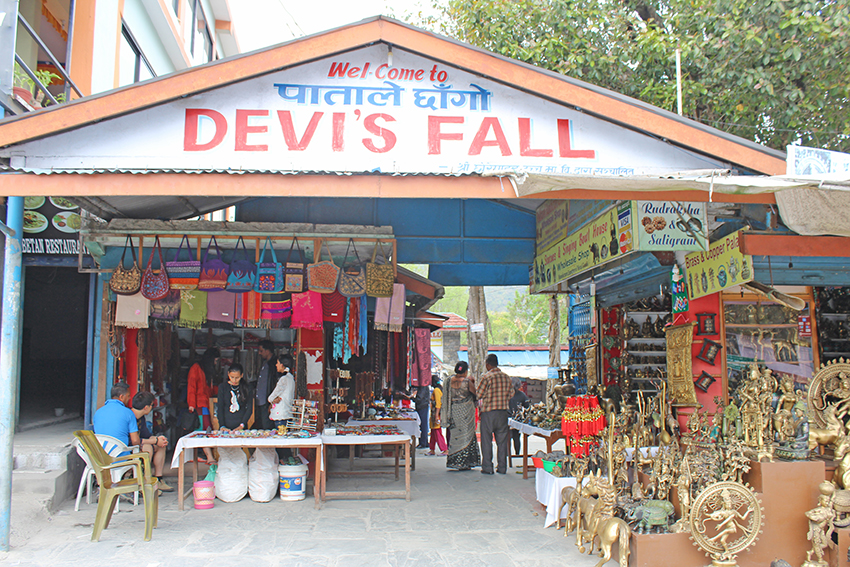 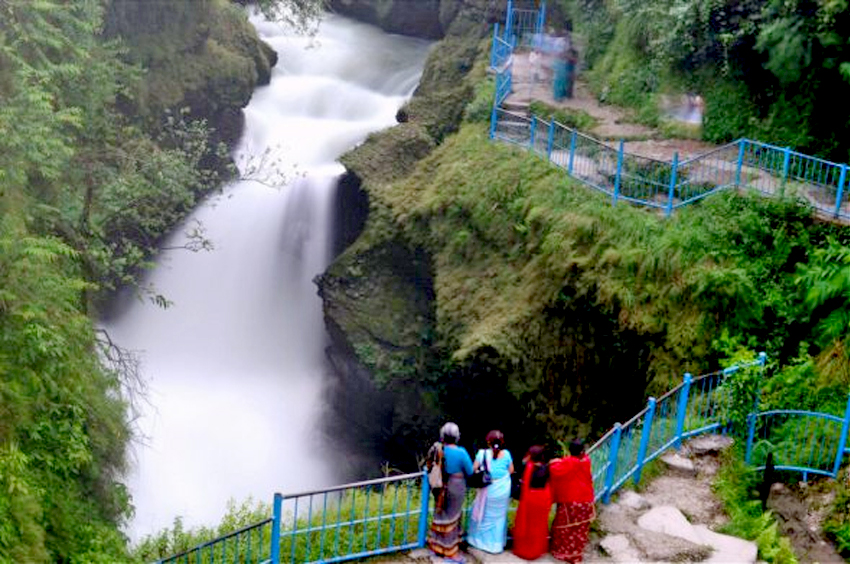 The ultimate fall of Fewa Lake

Davis falls is an amazing waterfall that lies about 2kms from central Pokhara. The waterfall directly goes into a deep canal underground leaving no clue of its existence. It is believed that this deadly waterfall took the life of a tourist named Davis, who was drowned in the sinkhole, and hence the name Davis waterfall was named in her memory. This fall is also known as the Patale Chango in Nepali which means underworld waterfall(Hells fall). This is one of the most visited site in Pokhara and the best time to visit it is during the monsoon season when the waterfall is in full cascade.