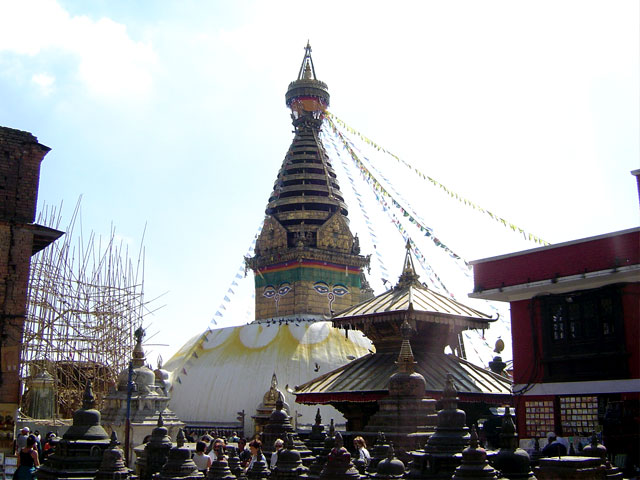 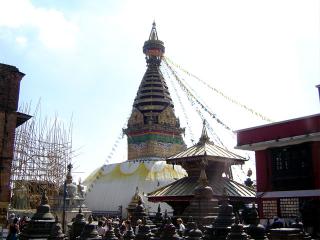 Swayambhunath Stupa, located atop a hill on the western fringe of Kathmandu, is a famous Buddhist shrine, equally venerated by Hindus as well. The stupa is associated with the evolution of Kathmandu valley, which is believed to have taken place 2000 years ago. Swayambhunath-which means "the self-existent" is a white dome with a glittering spire with 13 concentric circular discs, tapering upwards and pinnacled with a metallic parasol. The stupa is believed to contain the relics of Kashyap Buddha. Around the stupa are numerous monasteries, temple and small chortens. A good population of monkeys has made Swayambhunath and its vicinity their habitat and the stupa is also nicknamed as "Monkey Temple". As the stupa stands on a hillock, 80m above the average level, it provides panoramic views of Kathmandu Valley.